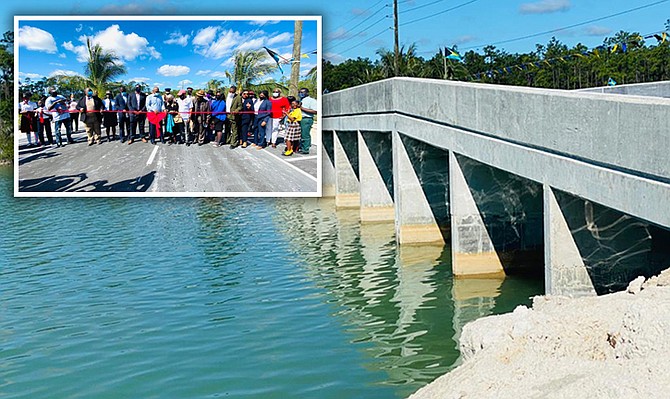 PRIME Minister Dr Hubert Minnis officially opened the London Creek Bridge in Andros during a special ceremony on Friday, saying the development is just one of many infrastructural projects lined up to better improve the island.