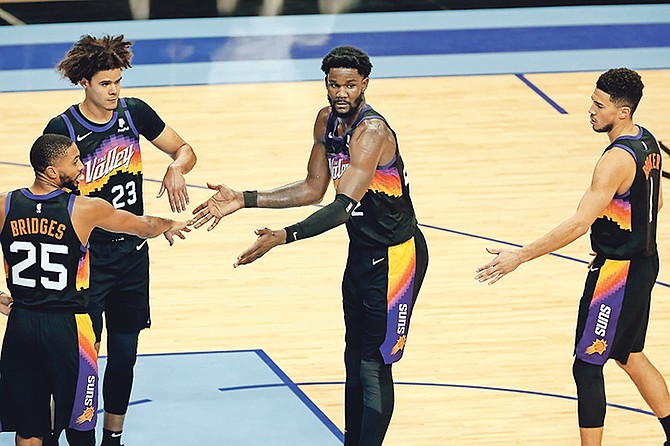 SEASON HIGH DOUBLE DOUBLE: Suns centre Deandre Ayton, far right, is congratulated by Mikal Bridges (25), Cameron Johnson (23) and Devin Booker (1), not in picture, after hitting a free throw during the second half against the Houston Rockets on Wednesday night in Houston.
(AP Photo/Michael Wyke)

Following a week of postponements and three missed games due to the NBA’s COVID-19 protocols, Deandre Ayton continued to play his best basketball of the season once the Phoenix Suns returned to the court.