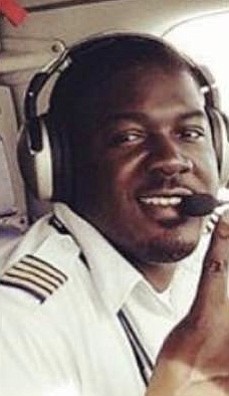 THE brother of Byron Ferguson said the findings of an Air Accident Investigation Department into the pilot’s crash did not surprise the family, but stressed those responsible for “shortcomings” in the rescue efforts must be held accountable. The rep

THE search and rescue effort for Byron Ferguson after his plane crashed last year exposed gaping loopholes in this country’s civil aviation regime, the final report into the accident reveals.

Missing pilot: Search to be abandoned?

PLANE CRASH: The search goes on

PRIME Minister Dr Hubert Minnis said last night that he has ordered a full review of protocols, procedures and agencies involved in air accident response and investigations in the country – “including any systemic or structural problems” –following the Byron Ferguson case that has transfixed the nation.

INSIGHT: RBDF not the only ones to blame for failing the Ferguson family

TRAGEDY has again hit the nation, as one family may have experienced its worst possible nightmare. Bahamian pilot Byron Ferguson, son of veteran journalist Agnes Ferguson, crash landed in waters off Nirvana Beach a week and a half ago. As the search for life continues, the nation fears the worst after debris from the wreckage was pulled out of the water around 600ft away from where the coordinates of the downed plane were initially recorded.

PRIME Minister Dr Hubert Minnis yesterday extended his prayers to the family of Byron Ferguson, the pilot whose plane crashed into the waters of Nirvana Beach on Thursday night.

Flight home was for father’s birthday

THE pilot of the ill-fated plane that crashed in the waters of Nirvana Beach on Thursday night was coming home to take his parents on a trip to South Africa in celebration of his father’s birthday, relatives revealed yesterday.

RELATIVES of Byron Ferguson, the pilot of the small plane that crashed in waters off Nirvana Beach on Thursday night, are frustrated and dissatisfied with the way officials have conducted search and rescue efforts for the beloved father, husband, son, and brother.