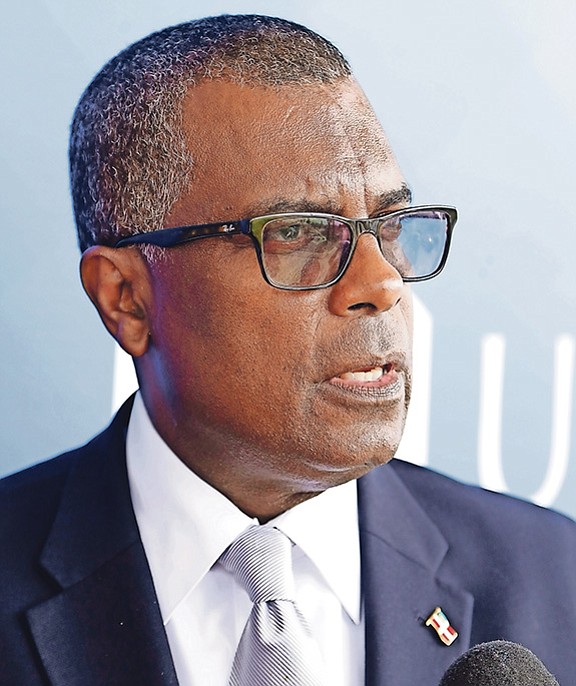 ATTORNEY General Carl Bethel’s “whistleblower” characterisation of Jonathan Ash has raised questions about his level of willingness to participate as the key witness in the Crown’s criminal trials against two former Cabinet ministers, Progressive Lib

Mitchell: Culmer is an Uncle Tom

PLP Chairman Fred Mitchell has labelled his counterpart in the Free National Movement an “Uncle Tom,” condemning Mr Culmer for accusing the PLP of oppressing generations of black Bahamians through its political ploys and practices.In the statement, M

THE decision to award the late Sir Roland Symonette with National Hero honours was branded as “bad,” “inexplicable” and “unlawful” by PLP Chairman Senator Fred Mitchell, who on Friday condemned Prime Minister Dr Hubert Minnis for his defence of the move.

THE Progressive Liberal Party (PLP) has raised nearly $9,000 from 73 participants in what party Chairman Fred Mitchell calls a programme to cure the “Andre Rollins, Greg Moss and Renward Wells problem.”To be on the PLP’s ticket in the future, aspirin

Mitchell: Henfield should resign if he votes against Interception of Communication Bill

IF Senator Ranard Henfield does vote against the government’s proposed Interception of Communication Bill, he should resigned immediately or be terminated, Senator Fred Mitchell insisted yesterday.Over the weekend, Mr Henfield indicated on social med

Mitchell: ‘People are fed up with their hypocrisy’

THE Progressive Liberal Party is not surprised by Public Domain’s poll highlighting the growing dissatisfaction Bahamians have in the Minnis administration since the 2017 general election, party Chairman Senator Fred Mitchell said yesterday.

PROGRESSIVE Liberal Party Chairman Senator Fred Mitchell has branded the recent efforts of human rights attorney Fred Smith, QC, and his backers as "cowardly" and "indiscriminate," further imploring the Minnis administration to quickly amend the laws to add clarity as to who has the right to be granted citizenship.