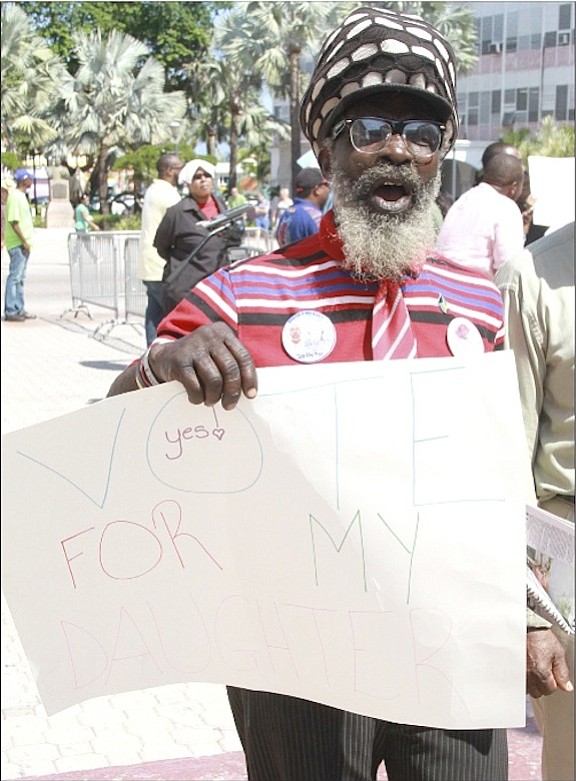 A supporter of the “Yes” campaign outside the House of Assembly on Wednesday. Photo: Tim Clarke/Tribune Staff

BAHAMAS Public Service Union President (BPSU) John Pinder has praised the passage of the four Constitutional Amendment Bills, saying that the nation would never become a “first world country” as long as it continues to have “barriers” against gender equality.