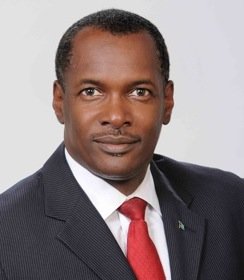 Ex-ministers to face the courts?

FORMER ministers in the Christie administration are “guilty” of “misfeasance” and Attorney General Carl Bethel will have to determine if they should be held liable for the “millions” in taxpayer dollars that were awarded in questionable contracts, in some cases to “inexperienced” contractors, Minister of Works Desmond Bannister told the House of Assembly last night.

NEWLY appointed Minister of Works Desmond Bannister said yesterday that recent social media rumours about his health were “stupid,” “immature” and “nasty” as he expressed eagerness to begin the work of beautifying The Bahamas through his new role.

Minnis takes on works duties until Bannister is sworn in

PRIME Minister Dr Hubert Minnis yesterday assumed the Ministry of Works portfolio until Desmond Bannister can be officially sworn in next week, according Anthony “Ace” Newbold, president of the Bahamas Press Club.

THE Cabinet Office has released a statement in response to social media speculation about Minister of Works-designate Desmond Bannister who was not present at a swearing in ceremony for Cabinet ministers at Government House on Monday.

Bannister raises concerns as children head back to school

FORMER Minister of Education Desmond Bannister yesterday expressed concern that thousands of children set to return to classrooms today will face shortages in teaching staff and uncompleted repairs, with some schools being in such a “woeful state” that they pose a danger.

Bannister among four named by FNM to run in 2017 election

FREE National Movement senators yesterday followed their colleagues who boycotted parliament on Monday because of the suspension of their leader, Dr Hubert Minnis, from the House.

ALLEGATIONS that former Education Minister Desmond Bannister sought to use public funds to politically influence the electorate in Andros were denounced as a complete falsehood by the senator yesterday.

FORMER Education Minister Desmond Bannister has accused the government of neglecting to complete school repairs before the start of the new term, leaving schools across the country “unsafe”.

Questions on drugs 'link' to contracts

PLP senators were yesterday asked if government contracts worth more than $100,000 had been issued to a company owned by a man facing drug charges.

RESPONDING to this year’s bleak results and statistics from the BJC and BGCSE examinations, Senator Desmond Bannister called on parents to recognise the importance of education in their children’s lives and to encourage academic focus.

INSTEAD of a doubling in the 2012/2013 public education budget as promised, the PLP delivered nothing but more "double-talk", FNM Senator Desmond Bannister said.

FNM Senator Desmond Bannister has called on the government to respond to accusations they received "substantial" campaign donations from a "prominent" owner of an illegal web-shop.

FORMER education minister Desmond Bannister officially announced yesterday that he will be contesting the FNM's deputy leader position when the party holds its convention later this week.