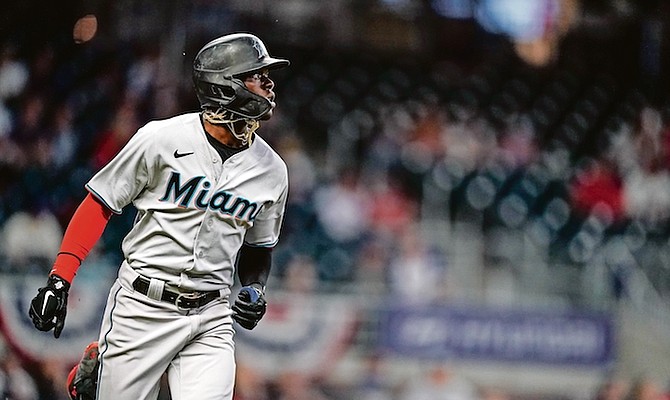 Butters picks up his second NCAA Division I offer

SHAVAUL Butters has picked up his second NCAA Division I offer of his prep recruitment process.

Bria Sands, following in the footsteps of her older brother Olympic bronze medallist Leevan “Superman” Sands, is off to a great start for the Life University Running Eagles women’s track and field team.

Coach Chris ‘Fireman’ Brown and Lakers are in good form

BAHAMIAN head coach Chris ‘Fireman’ Brown and his Clayton State Lakers are off to an impressive 2021 track and field season in Marrow, Georgia.

David Nesbitt and his team in FIBA’s BCL Americas Final

Jasrado “Jazz” Chisholm Jr got his first start of the 2021 season at shortstop, but his Miami Marlins continued to struggle with their third consecutive loss.

LATHANIEL Bastian and his Trinity Valley Community College Cardinals concluded the regular season with the longest winning streak in the NJCAA and head into the regional tournament as the top overall seed.

TODD Isaacs Jr will return to professional baseball this season with the New Jersey Jackals of the Canadian-American Division of the Frontier League.

Cardinals rally past ‘Jazz’ and Marlins 4-2

GRAND Bahamian quarter-miler Brianne Bethel is hoping that she can help the Bahamas get a women’s 4 x 400 metre relay team on the global stage again.

Coach Tynes: ‘I really knew that he was going to do something special’

HE has produced times so far this year that are faster than the under-20 competitors, but Swift Athletics’ head coach Andrew Tynes said Carlos Brown Jr’s performances are just a tip of the iceberg.