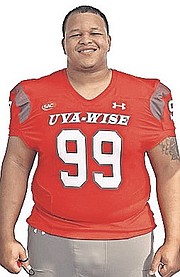 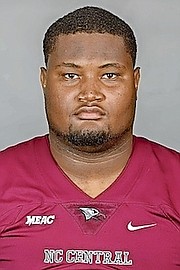 LINEMEN playing on opposite sides of the ball made their respective debuts on the gridiron in NCAA Division II football.

Rondre Knowles-Tener finished with three tackles in his Virginia-Wise Cavaliers’ 14-45 loss to No.15 ETSU while Michael Cartwright saw his first action with the Virginia State University Trojans.

Knowles-Tener, now playing the nose tackle in a 3-4 scheme, opened the season with a fumble recovery in the Cavaliers’ 54-0 win over Virginia-Lynchburg last week.

In two seasons at UVA, he has totaled 59 tackles, 10 sacks, two fumble recoveries and one blocked kick.

Cartwright, a redshirt sophomore offensive tackle, made his debut with the Trojans in a 48-7 loss to Lenoir-Rhyne.

He opted out of the North Carolina Central Eagles programme last April and entered the transfer portal following his two-year tenure there.

The Virginia State University football team finished the 2020 season 8-2 and secured a spot in the NCAA Super Region 2 Playoff.

They are off to an 0-2 start this season after losses to Lenoir-Rhyne and Ohio Dominican.

Following an open week, the Trojans will look to get their first win of the season when travel down south to Fayetteville, North Carolina to take on the Broncos of Fayetteville State University in Central Intercollegiate Athletic Association play.

The 6’5 330 pound offensive lineman was a redshirt as a true freshman in 2019 and did not see time during the 2020 season with the Eagles.

Carwright entered NCCU as a 3-star rated offensive tackle by 247Sports. He was selected the top performer at the Nike “The Opening” Combine in Miami, Florida.

As a senior he was named to the Miami Herald’s All-Dade Class 5A Independent Football First Team with 65 pancake blocks.