A COMIC'S VIEW: Rest in peace to the king of Blow 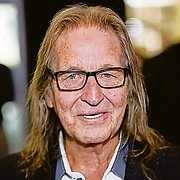 GEORGE Jung, the marijuana turned cocaine smuggler whose exploits included several jaunts through The Bahamas and served as the inspiration for the biopic Blow in 2001, has died at the age of 78.

TMZ who first reported the news of Jung’s death on Wednesday, further reported that Jung had been in home hospice care and died with his girlfriend, Ronda, and longtime friend, Roger, at his side.

George Jung was born on August 6, 1942 in Boston, thus the nickname “Boston George”.

Jung’s career began in the 1960’s with Jung transporting marijuana from Mexico into the United States.

Jung humorously reflected on why he became a smuggler in a 2007 interview: “I begin to see the money aspect of it. That was the driving force. I suddenly began to realise that to become an entrepreneur in the marijuana business would make me fairly well off. And I also liked the lifestyle, my own working hours.”

George Jung was busted in 1974 and was sentenced to four years in the Federal Correctional Institute in Danbury, Connecticut, where he met an associate from the Medellin cartel named Carlos Lehder.

Jung and Lehder conspired to import obscene amounts of cocaine into America that would flow directly into millions of party people’s nostrils, leaving both men extremely wealthy by the end of the 1970s.

Carlos Lehder along with George Jung through Norman’s Cay, are credited with revolutionizing drug smuggling. Replacing human “drug mules” with small aircraft shipping entire loads of cocaine at a time.

Lehder eventually extended the runway to a length of 1,000 metres (3,300 ft) to accommodate more flights for his fleet of aircraft.

Norman’s Cay was an Island fortress and protected as such, with a full unit of highly skilled attack dogs and armed guards.

It was also legendary for wild parties and soirées, allegedly luring several high-ranking Bahamian politicians at the time to one of the many debauchery-laden fetes!

It was the purported “Nygard Cay” of its day!

Jung and Lehder parted ways when the DEA revealed to Jung, that his partner Lehder was an informant “snitching” on the cartel, prompting Jung to testify against Lehder. (Carlos Lehder was released from US prison on July 16th, 2020).

Movie buffs will remember Jung’s extraordinary life was immortalised on the silver screen, when he was portrayed, Norman’s Cay adventures and all, by Johnny Depp in the biopic Blow in 2001.

(Still one of my top five movies of all time.)

Rest In Peace George Jung, I hope you find the house you really like on the other side, you never found one in Blow.

Thanks for promoting The Bahamas in your unique, albeit illegal way.

“May the wind always be at your back and the sun on your face, and the winds of destiny carry you aloft to dance with the stars.” - “Boston George”, Blow 2001.