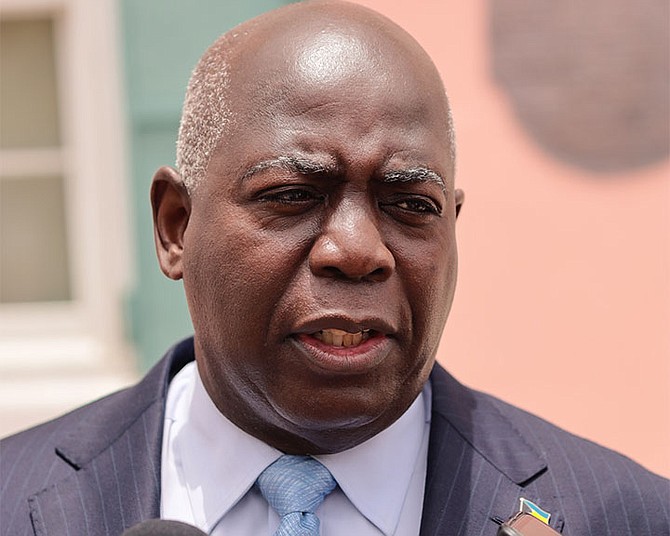 I was going in a totally different direction with the column this week, until the “bull s@@t” hit the fan in the HOA!

Yes they went there in the hallowed halls of parliament, introducing the word “bulls@@t” to the Hansard.

Or at least opposition leader Mr Philip “Brave” Davis did.

(As a comedian, I thought his timing was spot on, even if not the best choice of words),

What’s with the PLP leadership past and present, and it’s fixation with vulgarity?

But then again, who am I to talk considering my profession?

I must admit I have a few favourite “ten pound” words which I like to incorporate in my act, and in all honesty “bull s@@t” is easily top five all the time.

At the risk of stretching this week’s column’s premise beyond limits, I have to ask what is your favorite word for “bull s@@t”?

(Please email me your contributions to naughty@tribunemedia.net )

I have always been fascinated with “wordsmiths” since the beginning of my career in comedy, perhaps even before.

One of my favorite wordsmiths and comedians of all time and a huge influence on my act, is George Carlin. He was considered a master of the craft on multiple levels, especially finding humour in words and their pronunciation.

George Carlin was surgical in his dissection of language period, highlighting how a term like post-traumatic stress disorder lacked the effectiveness of shellshocked and might even contribute to misunderstanding of the condition.

I concur “shellshocked” is much more effective and humorous in usage in both day-to-day life and on the stage.

So I guess by now you want to know what my favourite word for “bull s@@t’’ is?

Despite my Spanish heritage it isn’t a Spanish word or ‘‘slang”.

It’s actually a word I learned from my many friends in the Greek / Bahamian community: Skatá távron. Or Skatà for short!

Once I pronounce it correctly while dropping it at the perfect time it becomes an instant eruption of laughter.

Most folks don’t know the meaning until I break it down for them, but they laugh nonetheless because of the sound of its pronunciation, which is later compounded and enhanced by the meaning and more laughter.

It’s a word I keep tucked away in my arsenal for audience members that may be from Greece or of Greek / American decent.

You never know who’s going to show up at the Jokers Wild, and they will never see my “Big Fat Greek” punchline coming.

I think a part of me enjoys the language in comedy as much as the humour.

There’s just no end to the creativity and variety of words, the same as in comedy with jokes and writing them.

The English language is annoying, amusing, crazy, unpredictable, weird and can be a big bag of “skatá távron”at times, that’s what makes it fun.

Eerily similar to politics in our HOA, just ask “Brave.”

Is this really what we make a big effing deal about? we must really be a country with no problems if this is our big concern

The writer of this column has to be forgiven. way too much JACK DANIELS It has started to affect him in a negative way.

We are surrounded by Bovine Scatology. There. My contribution.

Yall do realise Naughty is a comedian right? Smh people is kill me jed. Petty.