A Comic's View: How The Rest Of The World Is Dealing With Marijuana

As we continue to wait on the final version of the Marijuana Bill, I continue to research the subject and it’s impact globally - all in an effort to see what new measures are being taken around the world as countries continue to legalise and decriminalise marijuana, either medicinally, recreationally or in some cases both, to see the positives we can incorporate in our still not final Bill that will benefit both the administration and citizenry moving forward. 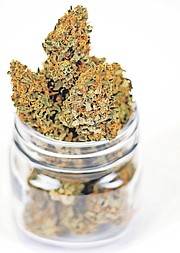 An excellent example of decriminalisation working can be found in the state Missouri.

Robert Franklin of Missouri was freed from prison on Thursday after serving over a decade of his 22-year sentence for possession of a pound of marijuana.

Franklin was released from Moberly Correctional Center, Missouri, ending what would have been a 22-year sentence.

In May, Franklin’s sentence was commuted officially by Missouri Gov Mike Parsons.

Franklin threw a pound of compressed marijuana out his SUV window with two Missouri Highway Patrol troopers pursuing close behind back in February of 2007.

Since Franklin’s incarceration Missouri has since legalised medical cannabis and eliminated its harsh ‘three-strike’ mandatory minimum sentencing law that ensured repeat drug offenders — even those convicted of non-violent marijuana offenses like Franklin — would face a minimum of ten years in prison without the possibility for parole.

Gov Parsons, a Republican serving his first full term as Missouri governor, had previously issued eight commutations of drug sentences, but none had been marijuana related.

However, on May 5, Parsons granted 13 pardons and one commutation the last reserved for Franklin, who becomes the ninth drug offender to receive clemency from Gov Parsons, and the first to have been serving time for a marijuana-related offence.

K-9 Units Up In Smoke

In all my haste researching the pros of legalisation, I overlooked one con that hits home.

Anyone who knows me knows I’m a huge dog lover.

So imagine my surprise and shock to learn K-9 Units are being shut down since the legalisation of marijuana in specific states.

Take New Mexico for example, police departments in New Mexico are the latest to lament the retirement of dogs that cannot make the distinction between marijuana, now legal in many states and illegal drugs.

The ramifications of using K9s to sniff out marijuana poses serious legal problems.

On June 29, the Tucumcari Police Department posted a “eulogy” on Facebook (that’s where I stumbled across this story) announcing the retirement of Aries, the latest drug-sniffing dog to be retired citing the legalisation of adult-use marijuana.

“We would like to take a moment to congratulate K9 Aries on his retirement effective today, June 29, 2021,” they wrote. “With the legalisation of recreational marijuana, K9 Aries is unable to continue his function as a narcotics detection dog.

“Now that marijuana is legal if the dog alerts on it, and a search warrant was issued, we’d be violating somebody’s rights. So that meant the easiest, simplest thing to do was to just stop using those dogs for that purpose,” said Farmington Police Chief Steve Hebbe.

New Mexico State Police will be forced to retire all nine of its K9s that were trained to detect marijuana.

“Once the new canines are trained, the handlers will have the option of retiring their current assigned canine to their home, or we will look at other options to the likes of donating them to other law enforcement entities outside of the state of New Mexico who have yet to legalise marijuana,” the department said in another press release.

Notice how the FAKE ‘war in drugs’ escalated after Minnis said they were ready to debate (and passs) the marijuana bill? Certain agencies in America doesn’t want this bill passed because it would make the presence of hundreds of their agents in this country not justified.And what does these agents do? Wreak havoc on Bahamians and this society. Too many Bahamians, especially young males are dying under questionable circumstances. But our PM and definitely the minister of national security are being hoodwinked and bamboozled by foreigners with ulterior motives. Your VOTE counts! Minnis cannot win an election unless he addresses the marijuana issue.

Other parties must be extremely vigilant, especially with this ‘so called’ permanent register. Ensure it is Bahamians who elect their government and NOT their neighbors.., nuff said

Notice how liquor stores are popping up all over the inner city? First there use to be one one every corner. Now there’s one at every other lamp pole. And the Chinese include restaurants in their model so they can be open when all other liquor stores have to be closed. Word is liquor smuggling (aka rum running) is big and very lucrative business. Some of the liquor wholesalers estimate that at least 40% of the alcoholic beverages sold in The Bahamas is smuggled merchandise. Meaning no duty is paid. And the local beer brands now have to discount their prices to compete in a market saturated with smuggled goods. It’s even worse in the Northern Bahamas where persons just hop on a speed boat and go to Miami to shop.

Regardless of the chatter, those today convicted of non-violent marijuana offenses face: on conviction a fine of US$125 thousand or imprisonment for 10 years, or both, pursuant to existent law Section 29(2)(a) of the Act.
Anyone wants to guess, what is longest sentenced** served up in a cell at Her Majesty's Slop-bucket Fox Hill Prison?

And, what is the number of prisoners who deaded, whilst serving out their sentences, yes?

We don't know or pretend not to know that just slant eyes get a million liquor licenses in a week after election than Native Bahamians could get in fifty years of rejection. we know slant eyes and Gambling mafia might also own Marijuana only, crime free, fields. While 36,000 Marijuana users will also have to pay the coral reef dollar king black crabs to smoke a joint everyday. DNA must just legalize it with education. Unlike the gaming minister who violated Bahamian laws that failed to educate Bahamians that gambling is DSM-5 Cocaine like addiction, that puts you on your back to maintain your habit. We have the greatest ever criminals of Armageddon against Bahamians ever ever in Bahamian history. Driven only by enslaving Bahamians money to their personal digital profits. Our two black gevernments in 48years of independence only know green in their pickers while the man in the streets own the 10billion dollars bill.

How derogatory and racist of you !!

We are all about to awaken to learning a lot about a Comrade Christian, said to be a resident of Florida, and did he really lead the charge as a lone wolf to topple Jovenel Moïse to become Haiti's newest president, yes?

Studies show that crime either decreases or is unaffected by legalization of marijuana. Currently in this country it costs about &100 to purchase marijuana to equal a pack of cigarettes and the average consumer will smoke about half that amount in a week. So considering the widespread use of marijuana, the market is quite lucrative. And considering the youthful age (14, 15, 16) the average male starts smoking they will be consuming marijuana for 3/4 of their lives or at least 40 years, Although most marijuana smokers tend to reduced consumption in their late 20’s and early 30’s. This is especially true for persons who start a family or become career oriented. But the most disturbing trend amongst marijuana smoking recently is the number of females taking to pot. Unlike in the past, where there were rough, ghetto ‘jungulist’ women who smoked, more ‘refined’ or ‘lady like ‘ women and trying marijuana and the backwoods that come with it. And usually they have a boyfriend or female friends who smoke. But again for most and fortunately smoking marijuana is only a fad and short lived. They only smoked because of their boyfriend or because of the friends they were hanging with. You can’t smell like a Bar-B- que grill and west Victoria Secret the same time.

@john. True indeed. The 1970s Marijuana smokers gave the joint a rebellious sinful character as young persons used it as a counterculture to sit on the blocks being non-productive. Educated females in Victoria secret dress code for well mannered, private, and dignified do use recreational MJ. There is little stigma attached to see females of every class buy paraphernalia. So the females attach onto the tough guys because the clean cut Christian folks are fearful of the stigma and threat of arrest. It is cruel any form of MJ legislation would contain elements of the one presented. A political disaster.

There is medical marijuana

There is decriminalizing marijuana

There is legalized sales and consumption

And likely many more aspects of this to consider

Obviously to decriminalize it’s use, and possession of quantities for personal use is good.

But not so sure it’s sale in stores is a good thing.

Why do we need to make access to mild altering drugs more accessible and acceptable.

Look at alcohol, it’s not as though that has done us any good.

Sure they are different In use and effect , and have different results in general. But do you really think it will be a good thing if for pleasure usage increases?

How about if you’re 20 year old says hey mom, can you pick me up some weed on your way home. Will you do it ? Will you be ok with your same 20 year old smoking weed on the back porch while your having a dinner party

People are bad enough without reducing their mental faculties.

Or do you think people have such an abundance of brain power, ethics , energy and discipline that they can afford to and need to get high ?

Maybe we need a bill to prevent use from ruining people’s lives via criminal prosecution and records for simple usage. But maybe it’s not in the populace’s best interest to make marijuana access and use as available as other consumer products.

I think we have proven that we can’t manage our consumption of alcohol, fast food so far