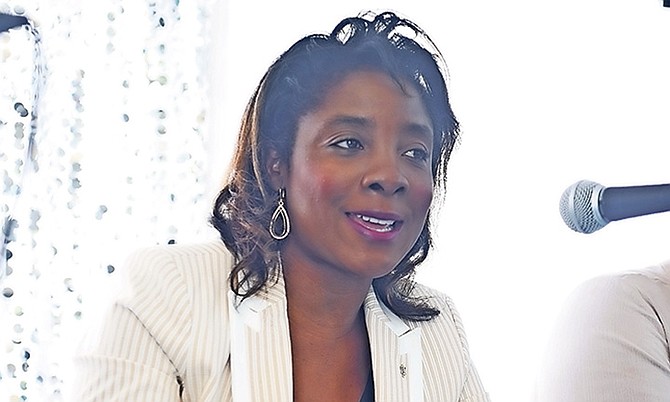 This week, we said goodbye to a minister, learned a new medical term, and prayed for a former Prime Minister.

The biggest shock (so far) of this political season came earlier this week when we learned the minister of youth, sports, and culture, Lanisha Rolle, abruptly resigned.

There remains much speculation about what led to Mrs Rolle’s quitting her high-profile post.

The letter announcing the PM’s acceptance of her resignation included this cryptic line: “Certain matters have been brought to the attention of the Prime Minister and are under investigation.”

That’s saying a lot while not saying much at all.

This newspaper reported on an audit of Lanisha’s ministry recently ordered by the Prime Minister, which added to the palace intrigue.

Then the Prime Minister assured the public that Mrs Rolle is not directly involved in the investigations at that ministry.

While we may not know (yet) the exact details of why Rolle is gone, it’s a safe bet that this move was overdue to many.

To hear Bahamians tell it, they were “popping bottles” at her former ministry.

On top of that, The Tribune spoke with Bahamas Olympic Committee president Romell Knowles, who opined: “The antics of having to stand when she enters a board meeting is not one that sports leaders were very comfortable with, nor is it an acceptable norm for us. And some that caused some sort of apprehension about the type of leadership that the minister displayed.”

The “word on the street” was Lanisha was not going to receive her party’s nomination for Seabreeze, a stunning indictment for a sitting Cabinet Minister. Her fall from grace is particularly steep. She came on the scene as a divisive character five years ago, injecting herself into the row between former Free National Movement deputy leader Loretta Butler-Turner and then party leader Dr Hubert Minnis.

Lanisha, back in 2016, proclaimed that the most senior woman in the party at that time needed to ‘humble herself.’ Now it is she eating a giant serving of humble pie and having to bow out in a cloud of suspicion. In between, her comments on marital rape and her decision to put her face on sports medals further isolated her from many voters.

Except for her father, who made a passionate plea outside of parliament, not many came to her aid or defense. The news of her departure is already getting stale. No one seems to care except for social media sleuths speculating on why she got the boot.

It’s hard to see a political comeback for Lanisha. Having accomplished little while generating a lot of animosity along the way, there are few bright spots in her service record. She came, she saw, she did not conquer. She was the lone female minister making this inevitable ‘Bye, Lanisha!’ sad, if not surprising.

Something is in the water over at the Cabinet. In the same week the only female member left unceremoniously, the PM bragged about “pumping iron” but not “laying pipe”. (Which, in full disclosure, I did laugh at. I know, I know. I’ll be in confession about that soon).

To add to the “locker room talk”, the minister of health also put his foot in his mouth, referring to the Prime Minister as the “testicular head.”

Not one to take an L and move on, Minister Renward Wells doubled down on his misstatement by saying what he really meant to call his boss is the “tit-titular head”. Which is not actually a thing, either.

Wells explained that he originally misspoke because... Her Majesty Queen Elizabeth sits on the Throne? Oh, and because it was his birthday.

Next time, Renny, say, “my bad” and nothing else. One verbal gaffe from a politician is funny, but another gaffe to explain the first gaffe will have people questioning if “yinne gat any sense”.

Former Prime Minister Hubert Ingraham was admitted to the hospital and received treatment for Covid-19. The news came as a gut check to Bahamians who want to believe our fight with the coronavirus is over.

At last report, “Papa” was convalescing comfortably, which is good news to Bahamians.

News of Mr Ingraham’s ailment also provided a moment of respite from political machinations, as most people came together to pray for his speedy recovery. Get well, Mr Ingraham. Even in illness, you continue to be a valuable, stabilising force in this country. We thank you for your service.