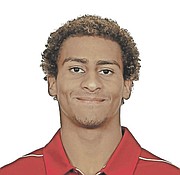 Bastian teamed with Mason Herbet, Max McCusker, and Peter Varjasi to swim a time of 1:23.91 seconds to win the second heat of the timed finals at the Greensboro Aquatic Center. They eventually tied for fourth overall with the Virginia Tech Hokies.

Their timed final was 1.69 seconds lower than their seeding time entering the event.

After Herbert opened with a 21.11 split in the backstroke, Bastian followed a time of 23.68 in the breaststroke, McCusker with a 20.11 split in the butterfly and Varjasi concluded with 19.01 in the freestyle. “We’re very excited with the 200 medley relay and getting the NCAA ‘A’ cut,” FSU head coach Neal Studd said. “It takes the pressure off relays for the rest of the week.”

In the 200 yard medley relay, Bastian teamed with Herbet, McCusker, and Jakub Ksiazek to finish first in 1:28.08 in the Seminoles’ first win over Auburn in programme history. The team also set a Morcom Aquatics Center record in the event (1:26.85) against LSU and finished third at the Georgia Invite.

The meet continues with preliminaries of individual races this morning at 11am local time.