Face To Face: Whatever Happened To The Marquis Of Nassau?

During my years as a full-time reporter for The Tribune, I had the opportunity to not only write for news, but also for features, sports and business. I actually ended up in the business department working under Neil Hartnell as senior business reporter before I left to hone my skills in broadcasting with ZNS news.

While at The Tribune, I also wrote for the editorial section Insight on many occasions. In this section, I wrote in-depth, investigative reports on issues of the day, thanks to then managing editor, John Marquis. He saw my talents and gave me room to develop them. 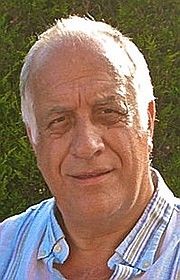 The Tribune has always been an excellent training ground for journalists. Even after I went on to do television news, I never really left The Tribune. I deeply admire this newspaper’s founder, Sir Etienne Dupuch as a journalist and an agent for change in this country in his day. The legacy he left at The Tribune – “Being Bound to Swear to the Dogmas of No Master” – still lives on, as his daughter Eileen Carron continues to carry the torch and lead us in our pursuit of journalistic excellence.

I recently caught up with John Marquis to find out how life was treating him all these years after he left The Bahamas to return to his native United Kingdom. As expected, he is still in touch in some ways with this sunny clime now thousands of miles away.

John produced Blood and Fire: The Duke of Windsor and the Strange Murder of Sir Harry Oakes back in 2005, addressing what is considered by many as the “greatest murder mystery of the century”. It happened right here in New Providence in July of 1943 when Sir Harry Oakes was 68 years old.

The details surrounding his death have never been entirely determined and the case has been the subject of several books and four films.

John’s book is still selling steadily all over the world and is stocked by leading universities such as Harvard, Princeton and the University of California. His 2007 publication Papa Doc, a look at former Haitian President Francois Duvalier, is similarly stocked.

John utilised a part of his time during the UK’s COVID-19 lockdowns to create a rewrite of Blood and Fire. He penned 92,000 words based on “very new information on the Oakes case from a leading Nassau source”. Death in the Night will be released before Christmas and he is hoping that his Bahamian “supporters… and even enemies… will buy a copy”.

John’s affair with The Bahamas started in the 1960s when he was in his early 20s.

“In 1966, I saw an ad in the Daily Mail. The Nassau Guardian was advertising for three expat journalists. There was a shortlist of 19 candidates. They specified that they only wanted single men. I was married but I managed to convince them to hire me,” John explained.

“I worked for two years as their political and parliamentary reporter. I arrived just in time to cover the great election of 1967. I had been there only about five months when elections were held on January 10, 1967.

“Back then, it was a British colony, so it was quite a different place; but a wonderful place to be. Anyone could wander freely around the Over-the-Hill area. We would go to clubs like Cat ’n Fiddle, Banana Boat and the Drumbeat, ran by Peanuts Taylor. They were wonderful clubs. We used to wander freely in Grants Town, Bain Town and all the other areas of Over the Hill.”

John worked at the Guardian for two years before moving to The Tribune.

The Guardian, he said, was taken over by American John Perry, who “changed the whole tone of the newspaper and it became ‘uncomfortable’ for expatriates”.

“I was approached by The Tribune… Sir Etienne asked me if I wanted to join and I did,” he said.

“Sir Etienne and I had a great working relationship; he was a super guy - a wonderful character and I was very fond of him. I spent about a year-and-a-half there. Nikki Kelly was on staff back then. 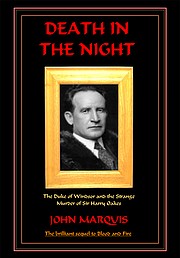 “I was away from The Bahamas for 30 years before I returned. Amazingly, a lot of the politicians I had covered in the 60s had become senior figures in Bahamian political life. I knew Sir Lynden when he was in his 30s. At a personal level, I got along quite well with most of them, but we did have our differences. It was a challenging, but in a good way.”

John was 26 years old when he left Nassau to return home with the ambition of landing a job on Fleet Street in London which at that time was still home to most of Britain’s leading newspapers.

“I enjoyed my three-and-a-half years in The Bahamas, but I felt if I didn’t go back soon, I may lose my chances of getting a job on Fleet Street,” he shared.

Having served as a Reuters Bahamas correspondent before he left Nassau, John got a job at Reuters headquarters on Fleet Street. He thought he would make his career at Reuters, but found that it wasn’t really his idea of what he wanted to do. He ended up moving on to join the Thompson Corporation, one of the world’s largest information companies. Included in its many brands at the time were The Times and the Scotsman.

John worked from the London headquarters where four morning papers and 14 evening papers were produced.

He spent seven-and-a-half years there and ended up becoming the chief boxing correspondent:

“It was the golden era of boxing and the last seven years of Muhammad Ali’s reign as heavyweight champion. I travelled all over the world… the Far East, America, all over Europe.

“I wanted to climb the ranks in Thompson and I became an assistant editor on one of the evening papers.”

JOHN Marquis with one of his successors as managing editor of The Tribune, David Chappell.

Having fulfilled his ambition on Fleet Street, John set off on another goal. He was born in Leicester in the heart of the country but always had a dream to live in the west country, where the winters were milder and the scenes of nature are awe inspiring. He was in his 40s and thought it a good time to leave the city. He ended up in Cornwall in the far southwest of Britain.

“Cornwall is beautiful… one of the most beautiful places in the world, with a wonderful coastline, rivers, cliffs beaches… a glorious place,” he said.

It was 1986 when John moved there, becoming editor of a local newspaper group which produced ten weekly newspapers. He remained there for 13 years when the island breezes started calling him back here. He said he wanted “one big last challenge”. He returned and became the managing editor for The Tribune, a position he held for a decade.

“It was great being back in Nassau and it was a wonderful way to end my career,” he said.

He moved back here with his wife, Joan and their two youngest children – Johnny and Anabella, who attended Queen’s College, making lifelong Bahamian friends. Altogether, they have eight children and 16 grandchildren… the 17th is on the way.

“Being managing editor at The Tribune took me all the way to my retirement at age 65. I was at war with the politicians most of the time. But that’s all part of the game. Together, The Tribune’s brilliant young staff and I created a paper that everyone wanted to read. We produced some wonderful stories. I remember a reporter from a leading television network in the US calling me after the Anna Nicole story broke. ‘I have to admit’, she said, ‘You beat the hell out of us!”

The Anna Nicole saga and the stories that unfolded in The Tribune led to four staged protests outside The Tribune, demanding John’s deportation. Demonstrators yelled, “Marquis must go!” Eventually, Cabinet Minister Shane Gibson was forced to resign from government over the ordeal.

He recalls other memorable moments covering news here: “Rupert Nairn was set to be executed and he wanted me to witness his execution. His lawyer David Bethell managed to secure a reprieve with an eleventh-hour plea to the Queen for clemency. I was greatly relieved.

“I remember in 2000 during my first year back in Nassau, two men were sentenced to death. One was John Higgs, a beautician from Fox Hill, convicted of killing his wife and burying her in the staircase. The other was David Mitchell of Abaco, convicted for the murder of two Scandanavian tourists in a villa. They were to be hung on the same day. Someone managed to smuggle razor blades into Higgs’ cell and he committed suicide. Mitchell became the last person to receive capital punishment in The Bahamas to date.”

“I always told my fellow journalists that Nassau is the best news town in the world outside of a war zone, because it throws up so many unusual stories! Sometimes I would file to Reuters and they would write me back asking if I’m sure. Like the time when a man was sentenced to lashes with the cat-of-nine-tails for attempting to rape an 80-year-old woman. He served jail time and received another eght lashes on his way out.”

He felt his time was well spent here: “I felt at home at The Tribune because I shared its journalistic ideals. Sir Etienne Dupuch and Eileen Carron always represented the best traditions of our great craft, and my ten years as managing editor were the perfect end to a very happy half a century in newspapers.”

A young John left school at the age of 16 and entered his journalism apprenticeship shortly after his 17th birthday. As he continued to write a Tribune column after he returned to England, his career lasted 51 years, from 1961 to 2012. According to holdthefrontpage.com, a UK journalism website, he has worked, directly or indirectly, for more titles than any other British journalist – 50 altogether, including staff positions and freelance contracts. He won one of Britain’s top press awards in 1974 after exposing two child negligence scandals at hospitals in the London area.

In addition to writing, John has found a new calling in art. His bright, colourful drawings seem to be a nod to this vibrant country and people. He sold his “quirky” art pieces at the annual arts festival and at street markets in Cornwall prior to the lockdowns. He took up art after two life-threatening operations – for cancer and heart disease – in 2013.

During retirement, he has written several books on The Bahamas, including Long Hot Summer, Hard Pressed - a journalist’s memoir and Evil and Son – the murderers Sante and Kenny Kimes. He has also written a boyhood memoir and several booklets.

He has several projects currently planned, including a book about famous writers who settled in Cornwall, a book about his career as a boxing writer (Spitoon Blues) and a homage to Cornwall, his home from 1986 to the present day.