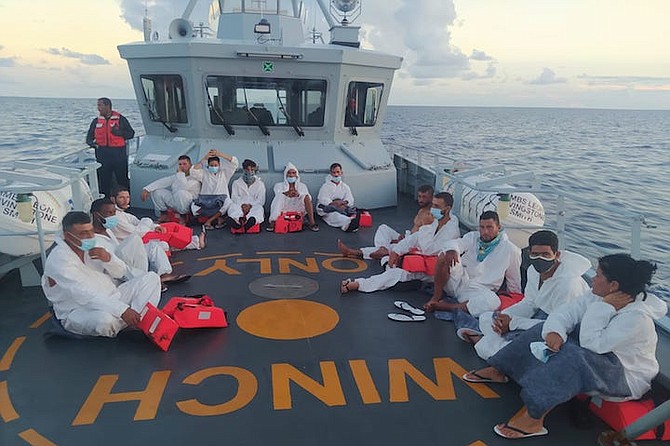 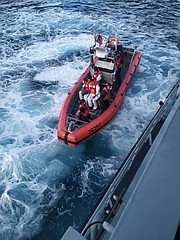 A total of 13 Cubans were transported to the capital aboard Defence Force patrol craft HMBS Leon Livingstone Smith after being apprehended by a United States Coast Guard cutter in the southwest Bahamas.

Nine were found on Cay Sal and another four were discovered near Anguilla Cay by USCG Cutter Isaac Mayo.

The Cubans were brought to Nassau late last night, where they were handed over to Immigration Officials for further processing.

Why do we get stuck with these Cubans when they all claimed they were trying to get to Florida?

Did the US Coast Guard provide our government officials with any proof that these Cubans were indeed apprehended in the Southwest Bahamas?

And where are we supposed to send these people, having signed repatriation agreements with Cuba, and a deal with the US to send them on to Florida?