A Comic's View: Watching And Waiting For The U.S. To Decide 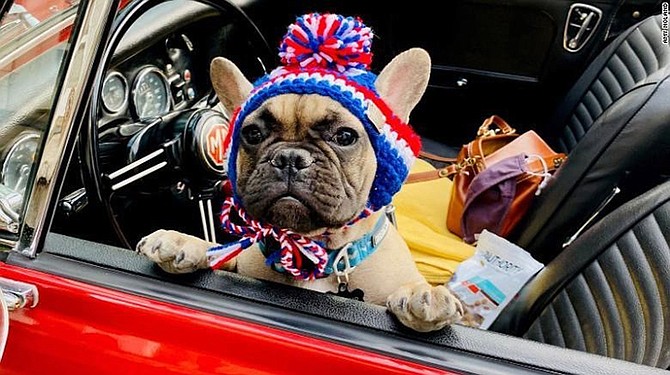 THE whole world is anticipating the results of the US Presidential election.

With the COViD pandemic playing a considerable role in voting this year, these elections are getting special attention.

Other than that, it is also the most-talked-about event globally. People are eager to know if Donald Trump will win and embark on his second term as POTUS. If Democratic candidate Joe Biden takes the White House, there will be a change in government.

Since the internet is full of conversations (both good and bad) about the elections, there are also plenty of jokes circulating on social media.

Don’t expect results of the US presidential elections anytime soon.

Nowadays, late into the US 2020 presidential ‘election night’ predictable splotches of red and blue are slowly lighting up the American electoral map, nudging anxious voters in the general direction that closely fought elections go.

Nail-biting fights in a handful of high-stakes states are happening, and we still possibly won’t know the results today.

POTUS Donald Trump and Democratic rival Joe Biden opened their scorebooks with a predictable string of victories. At the same time, critical prizes, including Georgia, North Carolina, Nevada, and Pennsylvania, remain too early to call.

This is going to take a while!

As a comedian, I find it quite comical that the once supremely confident POTUS is now scurrying like a headless chicken searching for new angles, loopholes, and narratives to extricate himself from this unfavorable position. These narratives are a last-ditch effort to ‘hold ya man!’ (as the veteran dominoes players would say).

Trumpian logic to the results is in full effect: Stop counting the ballots in the states where he’s ahead, and start counting the ones where he trails!

A Republican candidate running for the state legislature in North Dakota has won a seat despite having passed away due to COVID-19 in October.

David Andahl was 55 when he tragically died on October 5 after winning a heated primary with an incumbent committee chairman, Sen. Kevin Cramer (R-ND).

Andahl managed to win the Republican nomination by voters to defeat Rep Jeff Delzer. Delzer is one of North Dakota’s most powerful and popular lawmakers. He is the Chairman of the House of Appropriations Committee, and he lost to a deceased man.

Wilbur, the French Bulldog, has won the race for Mayor of Rabbit Hash, Kentucky.

I must admit that my listeners and I have followed this story all week long on my morning radio show on KISS 96 FM.

Wilbur has had quite the Bahamian fan base, all very keen to know how Wilbur fared against a large field of candidates, all with potential in their own right.

Wlbur Beast won the mayoral election with 13,143 votes, the highest winning total ever.

He unseated the incumbent Mayor Brynneth Pawltro, a rescued pit bull who assumed office in 2017.

(That’s their names; I’m not making this up)

The race had the biggest turnout ever, with a total of 22,985 votes reported.

Jack Rabbit, the beagle, and Poppy, the golden retriever, came in second and third, making them both Rabbit Hash Ambassadors along with Ambassador Lady Stone, who will keep her position, officials with the Rabbit Hash Historical Society announced.

For those unfamiliar, the Boone County river community has elected a dog mayor since the late 1990s.

Every four years in Rabbit Hash, residents can “vote” for their favorite canine candidate by donating to the Rabbit Hash Historical Society.

This year, organizers made some exceptions. The race included the 13 dogs, a donkey, a rooster, a late cat vying for the mayor’s seat. There was also a single human candidate who’s very unpopular and has little chance of winning.

Wilbur hopes to continue to raise money through donations to the Rabbit Hash Historical Society and many other causes, including mental health and breast cancer.

Finally, try to control your social media use because focusing on things that you actually can control may be soul-soothing. If following the news, watching the debates, or scrolling through social media causes you to stress, limit your media consumption.

Also, for the record, if you come across my timeline like a raging political keyboard ninja, exposing your “weakness button”, I’m pushing it until it’s broken.

Don’t start drama, and there will be no drama!

And yes, my Bahamian brothers and sisters, let me painfully remind you that none of our opinions or theories matter because it’s not our elections, and we can’t vote.

Sorry to inform you all that neither “The Donald” nor “Uncle Joe” checking for us.

Our very own government leaders – past and present –’ain’t been checking for us. (Sad but true).

However, we can make our politicians check for us. If Bahamians took our elections as seriously and passionately as we took the Americans’ elections, our politicians would have no choice but to serve at a high, accountable, transparent level.

And if that fails, we can start electing “potcakes”.