Five Days After One Company Secured Hours Extension, Others To Open Til 9pm 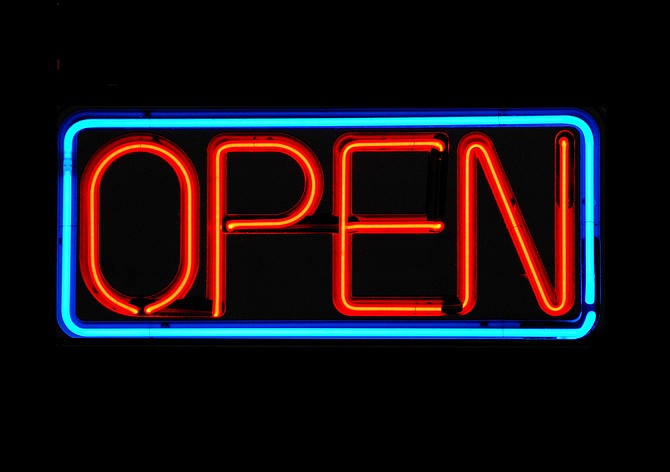 THE Progressive Liberal Party has accused Prime Minister Dr Hubert Minnis of giving preferential treatment to the Myers Group by letting its restaurants remain open until 9pm while a general rule that businesses close by 8pm is in place.

Attorney General Carl Bethel told The Tribune yesterday that an order has been prepared allowing all restaurants to remain open until 9pm, but up to press time last night an order concerning this had not been released.

David Davis, the permanent secretary in the Office of the Prime Minister, signed a letter dated July 9, 2020 addressed to George Myers, the chairman and CEO of the Myers Group, which said: “I refer to your letter dated 3rd July, 2020, and in which you requested permission for your restaurant group (Kentucky Fried Chicken, Burger King, Dunkin Donuts and Anthony’s Caribbean Grill) to remain open until 9pm. Please be advised that the ‘competent authority,’ the Most Hon Prime Minister, has approved your request.”

PLP chairman Fred Mitchell said in response to the letter yesterday: “There is a letter making the rounds on social media where the competent authority approved an extension of operating hours to a number of fast food franchises owned by a single commercial entity. In our view this is par for the course with this administration given the selective manner in which the prime minister has consistently administered his government’s emergency orders.

“A certain liquor store could remain open while others were ordered closed. Certain restaurants could provide take out services while vendors on Arawak Cay and Montagu were denied this opportunity. It is clear that kisses go by favour in this administration.”

“The prime minister, competent authority, should simply allow all restaurants to extend their operating hours to 9pm. If the competent authority has determined that there is no additional public health risks associated with this approach, what rationale could he possibly give for denying all other restaurant owners the same opportunity?

“Again, like the PLP has said on multiple occasions, the applications of some of the orders are not evidence based, but are political favours resulting from political pressures.”

George Meyers applied, no wrong in that, but wrong on the part of the P.M. to be granting favor. If he was minded to grant it, it should have been across the board for all. Herein lie a few of our greatest and most prolific failures: a lack of impartiality, General competence, timeliness (announcements, proclamations, written orders) a lack of follow through and marching orders for the front lines of implementation. I believe The Minister of tourism is touting border test failures in this very Issue? The main Government services building in G.B. is closed for the week, due to a lack of forethought and or by a complete omission of health protocols. Immigration and Customs in disarray, apparently no one gave them new marching orders, they just shut down the building.

Minnis is much too daft to appreciate that his emergency orders should be applied equally to all they are intended to impact with no favouritism shown to anyone. He's wrongfully peddling the influence of his political office by granting favours in what can only be quid pro quo arrangements that benefit him and/or the FNM party. Unfortunately Minnis's directionless moral compass does not allow him to determine right from wrong.

There is also a complete omission of health protocols at The Department of Immigration on Hawkins Hill at this very moment!!!

Minister of Tourism and Aviation Dionisio D’Aguilar said “one or two” visitors “slipped in” without proper COVID-19 testing since The Bahamas fully reopened its borders on July 1. He said this has prompted adjustments in travel protocol.

“We are aware of what is going on in Florida and we are watching it but we have not talked about putting in a travel ban, which is not to say that we wouldn’t in the future." — SHARON HAYLOCK, MINISTRY OF FOREIGN AFFAIRS DIRECTOR GENERAL

THIS COUNTRY IS SCREWD!!!

We can only hope that the country realizes it MUST reopen entirely in order to survive - with protective measures in place as they should be.

What is the government's motive other than unabated POWER! Maybe they just want the populace even more dependent on a broken system. 11 persons dead is horrible but does not justify all of the rest, how many die each year from the flu transmission that took place in Bahamas? - this will not end for years - the new norm has to include a full reopening and a method for managing it while still maintaining freedom!

The leaders have to put trust in the people - the more at risk demographic will have to be individually smart enough to protect themselves without everyone losing their freedoms - lock down can not last. Also people won't travel with the uncertainty of a future border lockdown or beach restriction at any time the Government's scientists dictate it- this BS has to end.

Good luck trying to get tourists to come our way in any great numbers for several years to come. And if you believe we've only had 11 Covid-19 related deaths so far, you must also believe only 77 persons died as a result of Hurricane Dorian....and we all know that ain't true!

Freeport is already a Chinese Virus hotspot and they're only testing about 5 people in the country a day, one cant begin to imagine the amount of cases we actually have if we had mass testing!

Just like the Myers Group can apply, others can do the same. You cannot faultiest the man for making an application that others don't. The issue would come up if other restaurants sent in an application and it was denied.

Just as guidelines have been issued across the board for every industry or type of business, the same should have been done for restaurants once the request was received. If it’s safe for the Myers group to offer the service until 9, it should be safe for all other businesses in that field to do the same. Put right where right is!!!

Rubbish! The emergency order restricting the operating hours of restaurants made no mention of the need to apply for any kind of favoured status because any such application process would wrongfully have given Minnis the power to pick winners and losers. It was fundamentally unfair and inherently wrong for Minnis to have granted the Myers Group some kind of favoured status. The stench here of a quid pro quo arrangement or a 'you scratch my back and I will scatch your back' deal is most palpable.

Remember the initial favoured status Minnis gave Bahamas Ferries, a group in which he admitted having a more than insignificant ownership interest. Perhaps he has a similar ownership stake in the Myers Group. One thing we do know is that Minnis has a very self-servingly distorted view of what constitutes a conflict of interest for himself. Remember the building his company was leasing to the PHA for $7,000 per month while he was minister of health in the last Ingraham cabinet. Because it was his personal property holding company that had leased the building to PHA he did not consider himself to have any type of conflict of interest. What a joke!