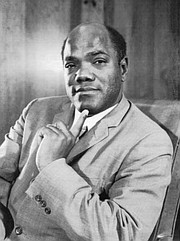 GOVERNMENT House has announced the recipients of National Honours this year, with former labour leader Sir Randol Fawkes given the posthumous top honour of the Order of National Hero.

Dubbed the “father of labour” Sir Randol pushed for the establishment of Labour Day in 1961, which is now named in his honour. He also led the General Strike in January 1958, which resulted in major constitutional and labour reforms. The Order of the Bahamas Companion has been given to attorney Paul Adderley, and former speaker of the House of Assembly Sir Alvin Braynen – both honoured posthumously – and Henry Bostwick.

Three justices have been given the honour of Order of the Bahamas Officers: Claire Hepburn, Jeanne Thompson and Rhonda Bain.

The Order of Excellence has been conferred upon businessman Frank Crothers while noted psychiatrist Dr David Allen has been awarded the Order of Distinction for exemplary service.

The Order of Merit is given to any citizen who has achieved eminent national or international distinction in the field of science, education, public service, the arts, literature or any other endeavour. This honour has been given to Roselda Woodside this year.

The awards will be presented later this year on National Heroes Day, October 13.

No one was selected for the honour of National Hero or Order of the Nation this year.

He was a great man. pleasant , a winning personality, He walked with the common man.

He wrote a book, I read it. the title I believe was over coming mountains. I stand to be corrected.

These "National Honors" are mostly just a waste of time which is why the previous two prime-ministers could not be bothered with them. Save the country some money and retire all the committee members.