Following In Her Father’S Footsteps 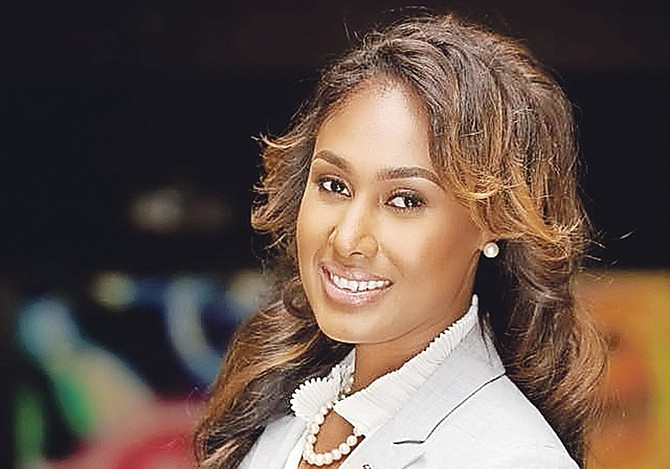 FORMER Tall Pines MP Leslie Miller is not the only member of his family chasing a Progressive Liberal Party nomination for the 2022 general election –– his daughter Leslia Brice is vying to be the party’s representative for the Sea Breeze constituency as well.

Mr Miller recently told The Tribune there is no reason for him to step aside as his daughter starts her political career.

“She answers to her husband, not to her father, as you can appreciate,” he said. “If my daughter isn’t good enough to be a candidate on her own accord, she will not be a candidate. She’s probably more experienced than most of the candidates they will have because she’s worked in different constituencies. She knows her ins and outs.

“I did not encourage her to look for any position in the PLP. I was surprised when she said she wants to go for it. I said ‘It’s up for you, I can’t get in your business. Do what’s in your best interest.’ But don’t confuse my daughter with me. She’s married with children. She will do what’s in the best interest of the Bahamian people, just like her daddy. She has nothing to do with me and one has nothing to do with the other. Once ya married the bible say a man and woman is one, hey, it ain’ daddy and daughter, it’s husband and wife, so call him and ask him what he thinks. He said I do, I didn’t say I do.”

He added: “The PLP is looking for young women who could make a contribution to the party and the country. She was persuaded by members of the party and she wrote in to say she had an interest. She went through the seminar process. I was the last person to give her the go ahead. Certainly she would not have an interest in my constituency but under no circumstances will I not run just because she is running. Right now they have no one to replace me and the minute anyone says Tall Pines, people say ‘that’s Miller seat,’ so they ain’ going there.”

Some in the PLP want the party to run as few past candidates as possible. Mr Miller, however, says if he is denied a nomination in the Tall Pines constituency, he will run without the PLP.

“As one who has been there three times before and as a senior member who expects to get my nomination, I don’t expect any problems at all,” he said. “If not with the PLP, I will be there when the polls close at 6pm, I will be on the ballot. My people, they want me. One more shot, this it for me. There’s no reason in the world why Leslie Miller shouldn’t get his. I’ve given my life to the party, I’ve been a loyal soldier. What about Alfred Sears, what about Obie Wilchcombe, what about Damian Gomez, what about Alfred Gray? You need a combination of rookies and veterans.”

She's a charmer. When Potcake went to collect his rents and was told to eff off by the tenants, he sent Leslia in, and she got the money.

Now the PLP have lower standards, they actually can be called out as an real desperate

Can you just imagine for a moment what it must have been like growing up as a child of woman slapper Leslie Miller a/k/a Potcake? It would be truly remarkable if she survived such an ordeal without having more than her own fair share of her father's loose marbles.

Ready to get kickbacks and run up a bill just like her daddy. Let the cronyism begin!!!

Go Leslia, make your mark! I am not a supporter of the PLP, but I do support energetic, young people who are prepared to serve their country. I wish you every success.

You're quite the schmuck aren't you. I say this because you likely know full well just how instrumental she was in assisting her father royally rip-off the likes of BOB and BPL over a number of years.

Leslia is a Bahamian who deserves to serve her country if she wishes. She may do so well with great compassion for the people she is seeking to serve. One thing I observed from her she is a voman like papa will say and a common person who knows the plight of voman in this country and the disparities that exists who is better to serve like my learned friend try to spin it and be nasty by asking what is was liked to be raised by a wife beater.d I will say she can't lead any worse than who is already there!

Leslia can't lead any worst than who is already there. If she is smart she should run Independent and don't aligned her self with what's there create her own legacy. The Bamian people is dying for great leaders!!