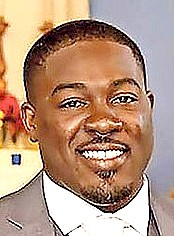 The International Civil Aviation Organisation's (ICAO) last assessment on the effectiveness of The Bahamas' aviation "safety oversight" regime, published in April 2018, listed the creation of "a rescue co-ordination centre or rescue sub-centre" in this nation as the second "high priority" for industry regulators to address.

The subsequent Air Accident Investigation Department (AAID) report into the crash of Mr Ferguson's plane in waters off northern New Providence, ultimately released in December 2019, said the incident had exposed the absence of a designated search and rescue entity that meets international standards.

It called for this weakness to be addressed, but the ICAO report obtained by Tribune Business reveals that the government and civil aviation regulatory authorities had been aware of this deficiency for some months prior to Mr Ferguson's accident on November 8, 2018.

Captain Charles Beneby, the Bahamas Civil Aviation Authority's (BCAA) director-general, yesterday confirmed the contents of the ICAO report and this newspaper's reading of it as "correct". He said the regulator was moving to "strengthen what we have now" for search and rescue through talks with the US Coastguard.

"We have a relationship with the US Coastguard," Captain Beneby confirmed. "ICAO laws and rules allow the state, if they themselves are not there, they can engage other states with capacity in that regard. We are talking to the US Coastguard."

Algernon Cargill, the director of aviation, yesterday defended the AAID branch by saying that it "scored very highly" on the ICAO safety oversight audit obtained by Tribune Business. "There were a couple of recommendations as you noted," he said.

"Delvin Major, the chief investigator, is working on implementing all the recommendations in that regard. He's implemented all bar one of them already. That's not one of the shortcomings in the air accident review. That's been corrected. The AAID has done an excellent job in correcting those shortcomings, and there were only three to four."

The House of Assembly recently debated the Aircraft Accident Authority Bill and Regulations 2019, which were specifically designed to bring the aviation accidents investigation regime up to the international standards set by ICAO.

Dionisio D'Aguilar, minister of tourism and aviation, said implementation of the reforms would improve The Bahamas' air accidents safety audit by 77 percentage points - from 19 percent to 96 percent.

However, the latest ICAO report listed several "high priority" areas that needed attention when it came to air accidents and the AAID. These included the creation of "procedures to ensure the provision of relevant and timely information on the progress of the investigation to families and accident survivors".

"Provide the state's accident investigation authority with all means needed to perform its duties and responsibilities," the report demanded.

These included "a sufficient number of qualified staff, appropriate and formally approved job descriptions and qualification and experience requirements, adequate offices, effective and timely access to all documentation needed, all investigation and protective equipment needed, effective means of transportation and means to ensure the availability of adequate hangars/storage facilities as needed."

The ICAO report also zeroed in on the need to provide air accident investigators with sufficient education "through the establishment and implementation of a comprehensive and detailed training programme" complete with periodic refresher courses and record maintenance.

Better co-ordination between the AAID and judicial authorities was also required, the ICAO report added, so that the regulator's investigations "are not impeded by administrative or judicial investigations".

Multiple policy, procedure, administrative and record-keeping recommendations relating to air accident investigations were also set out by the latest ICAO "safety oversight" audit report, with the department's "effective implementation" score a lowly 13.3 percent - the worst of the eight areas assessed by the global regulator.

Anthony K. Hamilton, president of the Bahamas Association of Air Transport Operators, told Tribune Business that Mr Ferguson's crash was "a very unique and telling situation". Describing search and rescue as a "critical component" of any aviation safety regime, he acknowledged that it was "a massive" financial and logistical undertaking for a country with The Bahamas' geography.

"That's a very critical component," he told Tribune Business."At the heart of that is costing. The finance necessary to have a well-oiled and efficient system of advanced rescue is a massive undertaking. But it's no excuse when you think of the industry at large. When you think of the benefits derived from the industry, if it's operated in an efficient manner it can provide the resources for that."

As a signatory to the ICAO Convention, The Bahamas is required to comply with its Annex 12 by designating an appropriate entity to perform search and rescue services, granting the Bahamas Civil Aviation Authority the power to provide oversight of that entity, and establishing a rescue coordination centre to support rescue services, according to the report.

Mr Major, the AAID's chief investigator, said last December that The Bahamas had done none of this. "There are 12 annexes and (search and rescue) has not been given much emphasis," he said. "There is a need for legislation and the designated body has to meet many specific requirements relating to budget, training, manpower, rescue plans and infrastructure.

"The Defence Force does not meet the requirements. It's difficult, therefore, to blame any one particular body for how the [Byron Ferguson] rescue was conducted because none of them are legislatively mandated to be the official search and rescue entity for The Bahamas.

"The Defence Force, BASRA, the US Coast Guard, they all assist but none are officially and legally approved to perform the function. We need to designate a body and in doing so equip them according to ICAO requirements."