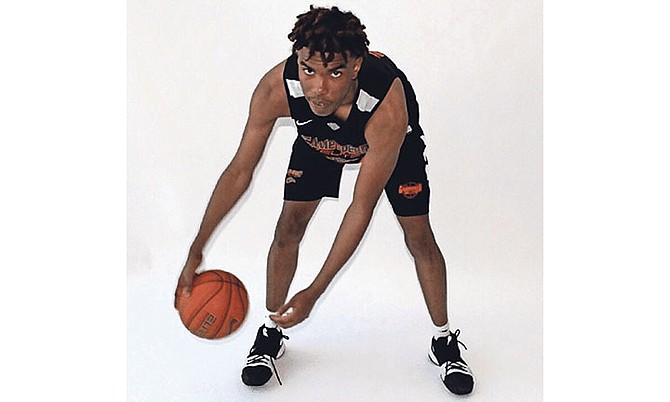 The 6’6” wing was named to the 2019-20 Boys Basketball All-State Class 2A Second team as selected by SourceHoops.com and the Florida Association of Basketball Coaches.

In his lone season with the St John Paull II Panthers in Tallahassee, Florida, Strachan helped lead the team to a District Championship to the FHSAA 2A quarter-finals.

He led the team in both scoring and rebounding, averaging 17.1 points and 8.5 rebounds per game respectively.

In the season finale, Strachan scored a game high 22 points and added 12 rebounds but his No.2 seeded Panthers saw their season come to an end in an upset loss to the Florida A and M University Developmental Research School Rattlers, 79-61.

St John Paul II finished the season at 15-11. In his final home game, Strachan scored 15 points on senior night in a 53-51 win over McKlay.

In an active prep career, the Panthers was Strachan’s fourth school in four years since his move to the United States.

He began at Godby, then transferred to Chiles and then to Orlando Christian Prep last year, before his final stop with the Panthers.

In the 2019 season, he was on the losing side of the 3A championship game with OCP when they lost in the season finale against the Panthers.

As a freshman playing on the varsity squad at Godby, Strachan immediately drew the attention of coaches and recruits for his performance at the Leonard Hamilton Basketball Camp.

Strachan played locally at Kingsway Academy before making the transition to the United States.