Put Down The Phone While You Drive - Or Break Law 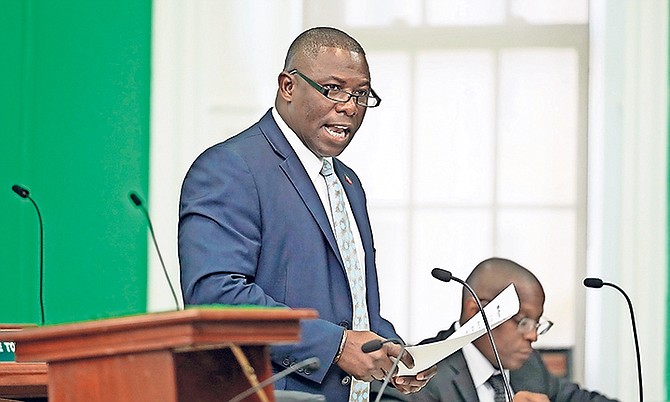 AS of Monday, the use of handheld devices while driving will be illegal, according to Transport Minister Renward Wells.

This is when recently passed amendments to the Road Traffic Act will come into effect, outlawing using your phone while driving.

The amendments will require the payment of outstanding traffic offence fines before renewing a driver’s licence and motorists also will be required to immediately produce a licence and insurance certificate upon the request of a police officer.

“My ministry recently advanced and this House approved legislative amendments for several innovative changes that have significant implications for the motoring public,” Mr Wells said in the House of Assembly.

He said he was pleased to advise that the Box Junction Regulations and Fixed Penalty Amendment are in effect.

“The yellow box junctions have been placed on a number of major thoroughfares throughout New Providence and are represented by yellow crossed diagonal lines in the form of a box. They are in place to enhance safety and to keep traffic flowing at critical intersections,” he said.

“A simple rule of thumb is to only enter a yellow box junction when there is enough space on the other side of the road for your vehicle to completely clear the box without stopping.”

The amendments also permit a driver to turn left on a red light if there is no pedestrian crossing the intersection and no approaching vehicle having the right of way.

“This is intended to allow traffic to move, with minimal risk provided that proper caution is observed, without having to wait for a green signal,” he said. “That caution requires each driver to come to a complete stop and ensure that the way is clear prior to proceeding.”

The amendments were passed in one sitting of Parliament earlier this year after being tabled last September.

At the time, Mr Wells told the House the government hoped to disrupt increasing traffic fatalities, which are now the 13th highest cause of death in the country.

So I guess using Bluetooth to talk on the phone while driving is ok!

Who will enforce this law, the three police on motorbikes??

Why have laws that are virtually unenforceable when there are so many other things to focus on?

This arsehole, Renward Wells, is a classic example of our failed political system.