Nygard - ‘Jail Him For Nine Months’ 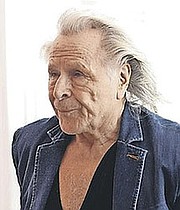 A SAVE the Bays lawyer argued yesterday that Canadian fashion mogul Peter Nygard should spend nine months in prison for his latest contempt of court conviction. Justice Ruth Bowe Darville is expected to rule on that today.

Mr Nygard was found in contempt of court last month for breaching an injunction preventing him from publishing emails that were stolen from the environmental group. Although Justice Bowe Darville ordered he be present for yesterday’s mitigation and sentencing hearing, the wealthy Lyford Cay resident did not appear.

A lawyer for the fashion mogul sought an adjournment, arguing they had insufficient time to prepare for litigation and that Mr Nygard was too ill to attend the hearing.

However, Justice Bowe Darville shot down his arguments, insisting the lawyer was inexcusably ill-prepared for the proceedings.

This development springs from events that followed an injunction that was previously granted preventing Mr Nygard from perusing, publishing or disseminating correspondences belonging to attorney Fred Smith and STB.

Mr Nygard was found in contempt of court after his lawyers in the United States tried to publish those documents in New York proceedings.

STB lawyer Julian Malins argued yesterday that Mr Nygard’s conduct constituted “flagrant breaches.” He said in addition to a nine-month prison sentence, the judge should order that Mr Nygard pay $25,000 for each day until he withdraws those documents in the New York court and that he pay $10,000 for each day until he returns to this country for his sentencing proceedings.

On Monday Nygard’s lawyers alleged in the New York court that he is a victim of a massive conspiracy spun by billionaire Louis Bacon.

He says the conspiracy involves huge criminal activities, including bribing women to make false claims about his private life.

His critics say his claims are an attempt to stall a major investigation the New York Times has been carrying out for at least nine months concerning his behaviour toward women.