ELECTRICITY consumers criticised Bahamas Power & Light (BPL) after the company announced an additional charge will be added to their monthly bills.

The Tribune was out on the streets yesterday to ask the public what they felt about the adjustment to their bills via an extra charge. 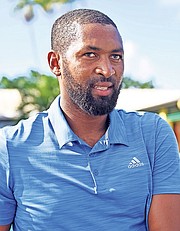 Sherwaine Arthurs, consumer, said being charged an additional fee is not a good feeling.  He said: “We haven’t received any positives from BPL. The service is still not good, when you look at the entire country, we are still having outages in different points and time. We are no longer in the summer months it was cool and yet still we are having power outages.

“I don’t see the point of the change. My thing is if you’re going to add something to my bill, I must be getting something in return and I’m not getting anything in return so it’s pointless.”

One consumer, who asked to be identified as Mr Stubbs, said his light bill is already high and suggested BPL work with the people.

“I feel like BPL need to work with the people. BPL wasn’t working properly from I was small. I went to work and for a whole eight hours the electricity was off. That’s ridiculous, that don’t make no sense and they want to increase the price,” he said. 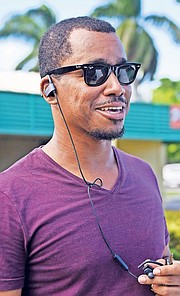 Mr Springer said: “It’s infuriating considering the last couple of months things wasn’t on all the time. Now all of sudden they have another charge, it’s a bit frustrating. My light bill doubled last month and that was infuriating. I didn’t understand that because my usage didn’t go up.” 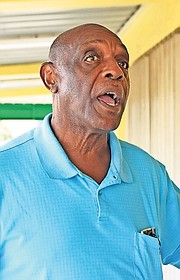 Sydney Sylvester said even with all of the power outages his light bill remains high.

“How can you go up if people out of light? I’ve paid so much money on my light bill I said something must be wrong. I even went to get my meter read because something had to be wrong for me to be paying that kind of money and the power always off. I have a problem with that.”

Another consumer, who asked to remain anonymous, said BPL has to be kidding.

“These bills are already outrageous in our region for service you can’t even use, with charges that make no sense and you want to pull some wool about a deposit. BPL alone is enough to make anyone hate living here,” she said.

Another person said we are paying for years of mismanagement.

“Wow, so ‘we are to expect higher electricity bills?’ This Bahamas is in a huge mess with no relief in sight,” he said.

Yesterday, electricity consumers were yesterday told to brace for an “adjustment” to their bills via an extra charge as Bahamas Power & Light confirmed plans for its mammoth $650m-plus refinancing.

Dr Donovan Moxey, the state-owned utility’s chairman, promised that the proposed Rate Reduction Bond issue will ultimately result in “better outcomes” for all Bahamian households and businesses even though the “structure” of electricity bills will change.

However, legislation to facilitate the Rate Reduction Bond (RRB) issue makes clear that BPL’s customer base will be relied upon to service what is essentially a doubling of the debt burden associated with the utility to secure its financial future.

Let's try connect all of the dots here:

As a result of decades of fraud and mismanagement, BEC was forced to borrow more and more.....BEC was only able to borrow more and more because the borrowings were guaranteed by the government (the taxpayers).....BEC's borrowings (the debt) finally reached the point where there was no possibility of it being repaid, even if it drastically increased the rates it charged its customers for electricity......BEC's lenders and creditors started threatening to call on the government as guarantor to repay the amounts owed to them by BEC.....under pressure from (and at the direction of) the international lending and credit rating agencies, the government renamed BEC to BPL a few years ago and similtaneously transferred BEC's debt to a special purpose vehicle (SPV).....this was done with the understanding the debt would remain guaranteed by the government pending the creation of a satisfactory scheme to restructure and refinance it, and also directly secure its repayment by means other than the government guarantee......the scheme created will result in new debt reduction bonds being issued to repay BEC's old debt.....the new debt reduction bonds are to be directly secured by an undertaking from BPL to charge its customers for electricity at rates high enough to generate whatever amount of revenue would be necessary to repay the interest and principal amounts as they fall due to the bondholders......meanwhile BPL as the new victim of the same types of fraud and corruption that went on at BEC for decades, is piling on new debt to its lenders and creditors that is of course guaranteed by the government.....and so round and round we go.....BPL's customers are about to be hit with outrageously high and unaffordable electricity bills in what will undoubtedly be a failed effort to repay not only the debts racked up by the old BEC, but also the new debts currently being racked up by BPL. My oh my....all of this costly nonsense and still no privitization of BPL in sight!

let's give everyone at BEC a raise regardless of performance. we have a lot of money and they should get a raise after the COB employers,the junior doctors, and the senior doctors, anyone else in line?

how about we throw away the whole lot!