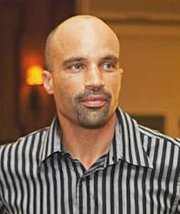 The Bahamian real estate market “shrinks drastically” beyond the $450,000 price point because too many purchasers are being priced out, a local developer has warned.

Jason Kinsale, president of Aristo Development, told Tribune Business in a recent interview that The Bahamas currently has a “two-speed” market where the foreign segment is strong but the local element “still struggling”.

The developer, who has spearheaded the development of projects such as the Balmoral Club, ONE Cable Beach and THIRTY-SIX on Paradise Island, said Bahamians were increasingly unable to afford middle to upper middle class price points due to a combination of insufficient income and bank reluctance to advance mortgages.

Suggesting that single parent homes were “probably 50 percent of the demographic”, and with construction costs continuing to increase, Mr Kinsale said Bahamians households needed to be earning around $100,000 per year - some $7,000-$8,000 per month - to comfortably service the $3,000 and higher monthly mortgage payments at such price points.

“I think Bahamians are nervous, and we’re still seeing some downsizing continue in the banking industry. You’re trying to find the persons that can afford real estate. The single person with a child can’t afford it, and that’s probably 50 percent of the demographic unfortunately.”

Mr Kinsale added that he did not “really have the answer”, but with construction costs continuing to rise suggested that the Government may have to explore more tax breaks and concessions to incentivise Bahamians and make the burden of real estate ownership a little easier.

“I also think you’re going to see prices increase in The Bahamas. Construction has gotten expensive in The Bahamas. A lot of new developments in The Bahamas are at the $900 per square foot price point and up. The market in the US is quite buoyant, so construction materials in North America have increased. That seems to be the trend right now.”

While “bad” commercial bank loans dropped to under $800m at end-January 2019, falling to their “lowest levels for ten years”, the industry remains skittish about mortgage lending given how badly it has been stung in the decade since the 2008-2009 recession. Only the most qualified borrowers, able to put down 20-30 percent equity upfront, are being considered.

Many salaries and incomes also have yet to fully recover despite recent signs of a Bahamian economic rebound, with existing personal and household debt levels often cited as a key factor for why Bahamian commercial banks are rejecting up to 50 percent of mortgage applicants.

Mr Kinsale said his latest project, the 16-unit Baron Place located just south of Super Value’s Cable Beach store, is priced at $389,000 per property in a deliberate bid to “get it to a Bahamian market” by keeping costs below $450,000. He added that 10 of the units had been sold within two months of going to market.

The Aristo chief, meanwhile, said few units were left at his ONE Cable Beach and THIRTY-SIX projects, both of which have been targeted at an international buyer clientele as opposed to the domestic market.

“At ONE Cable Beach we’re 98 percent sold out,” he told Tribune Business. “We’re in great shape there. We only have two units left out of 73. At THIRTY-SIX people are moving in now. We have nine units out of 36 remaining there.

“Overall we’re doing quite well. We’re seeing buyers from Canada, Europe, America. There’s still a lot of demand for residency. That seems to be high on everybody’s priority list. The reality is you can’t get it for under $750,000, but that hasn’t created any issues for us.”

Mr Kinsale said duplex lots priced at $250,00 are still available at his original development, Balmoral. “We’re almost done there,” he added. “It’s nice to get out of those projects. In real estate you have to start, finish and get out. If it takes too long you never benefit. That’s the nature of the beast.

Moving forward, Mr Kinsale said: “My biggest concern is we’re getting into a shortage of buildable, available land. I think that’s one of the concerns we have. When you look closely there are not a lot of properties you can build on that are viable - not in ideal locations. That’s my concern: How do you build the GDP of the country if you do not have land to build on?”

I guess they didn't think about building more affordable properties!

then you have to compete with the government and Arawak Homes. Minnis and KP kill da middle-class Bahamians dem..but that started under Christie.

These smug real estate developers/agents know full well why this situation exists: The FNM in 1992 rushed to repeal the Immovable Property Act with the result that Bahamians were and still are competing directly with well heeled foreigners for land in this country. This situation has been repeated in many cities around the world with just one example being in Vancouver, Canada, where rich Chinese are driving prices through the roof. There are few Bahamians indeed capable of affording a home in the $450,000 range and I believe sincerely that this is the desired outcome or as they say in Spain, the "efecto llamado".

The Nassau market is completely inflated! 450K are you kidding me. Without outside markets investing, these properties would be worth 150K. Just look at the Dominican Republic realestate market for reasonably priced dwellings. The Bahamas realestate market is one big bubble! Unsustainable and rediculously priced for Air BNB investors.

The lack of affordable housing is just one of the many ills of this country.It is also contributing to the brain drain from the Bahamas.Many tertiary educated Bahamians can't survive and live a decent life in this country on these stagnant wages and these outrageous land and housing prices.

Bahamians are experiencing GENTRIFICATION in their own country. We have have been priced out of many areas in Nassau. Paradise island was out of the average man reach from the name changed from Hog island.

It really isn't so much about being priced out, its that just about all real estate on New Providence outside of the tourist hotspots of Out West and Paradise Island, are just inflated and priced too high. The value of the properties are not growing at the rate, they did in the past, and by what realtors would have you believe. Wise Bahamians would do well to put as much money as they could in a stable mutual fund, that could return at least 4 to 5 percent each year, instead of bulging down and borrowing money to buy a house, which in many cases people can't afford to and are just a job loss away from missing their first monthly payment.

The Government has to Implement a National Bahamian Housing plan otherwise the Foreign and Bahamian GREEDY Construction Companies and Real Estate Developers will turn the Bahamas into a FOREIGIN SECOND HOME and AIRBNB Country.
Going forward the Government should require any home builders or real estate developers, that present plans for approval for the construction of homes with retail market prices beyond the means of a productive Bahamian Citizen to present an additional development plan for the construction of homes within the means of a productive Bahamian Citizen ( same number of units and quality of construction) before any government approvals are given. We, as a people cannot stand idle by and allow ourselves, citizens of this country to become homeless and consequently stateless in our own God given country. Rise up and be counted!!!

Plus, there is still no room tax on the airb&b type visitors. The foreigners are cleaning up while the Bahamians struggle to put food on the table. The Government just cannot get it together.

I agree with most of the comments above ........... The average Bahamian urban family will struggle with a mortgage beyond $200,000 ............. the real estate, banking, & construction companies tag team to make it very difficult for a lower middle class family making $50,000 pa to own a home in Nassau ..... But our lifestyle choices also influence our home ownership. People who want/prefer fancy cars, food, clothes, gadgets and vacation trips cannot afford mortgages.

It is easier on the Out Islands as land and building regimes are less formal and tied to banks.

Sheep the day may come when the average Bahamian will only be able to afford land in say North Andros and catch a ferry to Nassau for work. The last Government Mortgage relief programs was a total failure. The present Government wants to only sell service lots mostly in the inner city or crime ridden areas of Nassau. They have not built a single home in two years. But i cant blame them because of the political cronies who got homes and dont want to pay their mortgages or follow the eviction notices. They have completed a few in abaco started by the last government. The pent up demand for affordable homes is very great in Nassau. The only Bahamians who can afford the kind of accomodations Mr Kinsale is sellings are executives, professionals and expats. What about the young 18-25 year old who is just starting out.

Agree with most sentiments posted here. Who does Mr. Kinsale think he is fooling? Why did he do this article...they do it to stay relevant and to try pretend they have a good reputatin and heart. Name one community they built geared towards affordable homes for young professionals? First off, why don't we just do a forensic audit on how Mr. Kinsale came into his wealth? All these high end developments I suspect, does not belong to Mr. Kinsale, the numbers boy knows just how to use the once legitimate Developers, who went bankrupt to help them launder their dirty numbers money all over this country! Gamblers all over this country are giving their hard earned money to these numbers bosses easily, whilst they have to get up and work countless hours to make a salary. They live in their fancy Ocean Estates homes, whilst the poor gambler scrambles to find money to pay for food, light and necessities..no wonder. And you would think they would build homes for the low to middle class....no such thing, its all about the money, money, money...greed, greed, greed, and extortion. The Expat investors are over paying for them anyway...One Cable beach looks nothing like the rendering, they deviated from the plan, and so it looks like a Police Barracks or a commercial building from the outside. They also racked up the prices from the original first brochure, ensuring out of the reach of most Bahamians. Now lets talk about the greedy Realtors, who tell all the Expats to stay away from East and West, unless its gated......there are many lovely homes in the East and West just sitting because Realtors and some Lawyers are telling them not to buy in regular neighborhoods, such as Westward Villas, Cable Beach, The Grove, West Ridge Estates, etc. Well there are many lovely homes in those areas, and they have far less crime than some gated communities,....Sandy Port always have incidences, and so too does Lyford Cay,Old Fort Bay..... so Realtors stop this practice forthwith!!!! and show the clients homes in all areas, not just the gated ones.....Let them choose for themselves. We are kept down by are very own..sad..sad.....