Marine Due In Court On Officer’S Murder 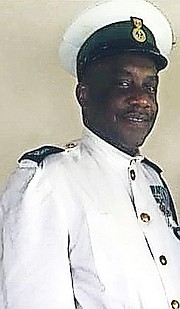 A ROYAL Bahamas Defence Force marine is expected to be arraigned in Magistrate’s Court today in connection with the murder of Petty Officer Philip Perpall who was shot multiple times in his upper body at Government House earlier this week.

Police Commissioner Anthony Ferguson confirmed this yesterday, telling The Tribune he was pleased with how the investigation progressed. “We are looking to proceed tomorrow,” Commissioner Ferguson said after confirming that the person of interest who was assisting police with their investigation has since been named a suspect.

The death of PO Perpall early on Sunday around 2.30am in the guard room of Government House stunned the nation, given it took place at the country’s highest office and involved those in the armed forces.

PO Perpall, 52, enlisted in the RBDF more than 30 years ago and was once a United Nations Peacekeeper in Haiti.

He was the only casualty of the incident despite the perpetrator also opening fire on other officers in the room, Commissioner Ferguson said Sunday during a press briefing at the Central Detective Unit.

At the time he would not confirm that the alleged shooter was a RBDF marine.

“This is what we know: we got a report sometime around 3am this morning through Police Control Room that a marine was shot on duty while at Government House. Responding officers upon arrival spoke with the officers of the Royal Bahamas Defence Force who reported that around 2.30am a male accessed the premises of Government House and made his way to the Guard House, where the guard commander and other officers were,” Commissioner Ferguson said during Sunday’s press conference.

“I am told that the guard commander was sitting in the administrative area along with another marine while others were on break in the room area.

“This male opened fire from a handgun on the guard commander hitting him several times to the upper body before fleeing the premises. He was pursued by alert marines, however he made good his escape.

“Paramedics were summoned to the scene where they examined the victim and pronounced him dead at that location,” he continued.

However, he insisted that any measures to be taken in the near future were not reactionary, but shed light on ongoing discussions that officials have been having for some time.

He said a special committee would be appointed to look at procedures and practices.