‘We Won’T Give Up On Missing Marvin’ 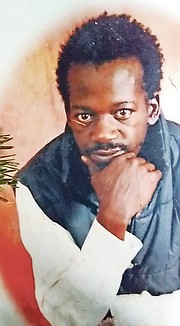 A SUPREME Court judge has dismissed a human rights group’s application to have police produce a Gambier Village resident they deny ever taking into custody.

Rights Bahamas attorney Crispin Hall told reporters after the hearing that despite the ruling, his team will continue to explore “every possible legal avenue” to get justice for Mr Pratt.

Rights Bahamas subsequently filed a writ of habeas corpus in the Supreme Court seeking to compel the Royal Bahamas Police Force (RBPF) to produce the 40-year-old.

The government responded to the writ via a return filed on behalf of Chief Superintendent Solomon Cash, the officer-in-charge of the Central Detective Unit. However, Mr Hall successfully argued that the response was insufficient as it only spoke to the role of CSP Cash’s unit and not the entire RBPF.

Justice Forbes consequently called for another response from the RBPF that widely addressed the organisation’s actions in the matter, as well as that of the DEU.

That further response was presented to Justice Forbes yesterday by Crown attorney Ryan Sands, in which the officer-in-charge of DEU denied that officers from his unit had Mr Pratt in custody, or ever took him into custody.

As a result, Justice Forbes told Mr Hall that his investigatory jurisdiction in the matter came to an end, as it was “very limited” because of the Habeas Corpus Act, which he said makes it abundantly clear what his boundaries are as a judge in such a matter.

At the time, Justice Hilton found that as Mr Jean-Charles was not in the custody of the state at the time the application for the writ was made, the order for the writ should not have been issued.

Thus, Justice Forbes said Mr Hall would have to pursue his claims by another route.

However, Justice Forbes noted that should evidence exist that contradicts the claims made by the police to date, it could prove problematic for the state. He also noted the possibility that Mr Pratt could be going by another name, something that could also be problematic if proven to be the case.

Mr Hall said he was guided by the court’s decision, though stating for the record that the return produced by Mr Sands was a “false return” and also contradictory to the evidence Rights Bahamas has adduced.

After the proceedings, Mr Hall told reporters that an investigation is needed concerning Mr Pratt’s alleged disappearance, something he agreed that the court could not effect by way of  the habeas corpus application.

The next step, he said, is to regroup and find another legal avenue to resolve the matter.

“This is not the end of the matter; this is the first step in trying to get the answers,” he said. “We will not stop, we will continue to try to seek justice for Marvin Pratt. Obviously, I’m sympathetic to what has happened so far. We don’t believe that this is the end; this is just the beginning. We won’t stop and we will explore every possible legal avenue that is out there.

“I will obviously meet with (Mr Pratt’s mother) Barbara Saunders, we will speak and determine our legal strategy. We don’t want to reveal that at this particular time, but we definitely have a plan as to what we need to do to get answers and to get justice, the most important thing. But we will not rest, and we definitely don’t walk away with this as defeat.”

Meanwhile, Ms Saunders demanded that the RBPF locate or produce her son, as she again claimed that when she visited the DEU after he went missing, an officer there confirmed that he was in their custody.

“When I was there and I asked for Marvin Saunders, Marvin Pratt, the gentleman come out to me and say ‘yes we have a Marvin Pratt from Gambier,’” she said. “Marvin was in there. And (the police) ain’t gone get away with this. Y’all done get away with too much things. Too much things all of yinna sweep underneath the ground and everybody right there just helping to sweep. But this ain’t going underneath no ground. This coming to something (sic).

“I was there (at DEU) and I asked him. The gentleman said he was there. He went in the back; when he come back he come back with a different conversation.