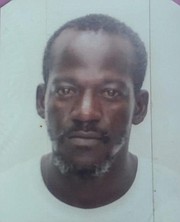 SUPREME Court Justice Andrew Forbes has delayed his ruling on a habeas corpus application in the case of 40-year-old Marvin Pratt, after agreeing that government filings in the case have not fully addressed the specifics as laid out in the application.

During yesterday’s proceedings, counsel for Mr Pratt, Callenders & Co lawyer Crispin Hall, argued the response filed by attorney for the Crown, Ryan Sands, on behalf of Chief Superintendent Solomon Cash, the officer-in-charge of the Central Detectives Unit, only speaks to the role his unit and not the entire Royal Bahamas Police Force.

The habeas corpus application is seeking to compel the Royal Bahamas Police Force to produce the Gambier Village resident police deny having in custody.

Citing the words used by CSP Cash in his response, Mr Hall contended that filing “on its face” does not speak for the RBPF, the commissioner of police nor the Attorney General.

From that standpoint, Mr Hall said the court would be minded to reject the response on the grounds that it does not provide a complete account of the RBPF’s actions, and more specifically, the remaining respondents named in the application.

To that end, he called for another response from the RBPF that widely addresses the actions of the force in this case, and the DEU, as the unit is at the centre of alleged disappearance of Mr Pratt.

Justice Forbes, after considering the arguments, agreed with the position and ordered further responses by the respondents named in the applicants, or at the very least, an officer with direct oversight of DEU.

The case has been adjourned to Thursday, March 28 at 9.30am to allow for the further filings.