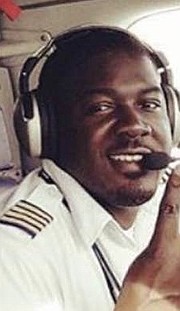 THE brother of Byron Ferguson said the findings of an Air Accident Investigation Department into the pilot’s crash did not surprise the family, but stressed those responsible for “shortcomings” in the rescue efforts must be held accountable.

The report into the November 8, 2018 crash concluded that the 34-year old pilot could have survived up to five days under the most optimistic scenario.

The Air Accident Investigation Department (AAID) also noted in its report that the country does not have a designated search and rescue entity that meets international standards and has recommended that international requirements be fulfilled. The report also revealed that it took rescue teams one hour to reach the vicinity of Mr Ferguson’s downed plane after the pilot reported engine problems and crashed.

His brother, attorney Bjorn Ferguson told The Tribune: “This report does not come as a surprise to us. We were saying this from the beginning. This is not new; we know that more could have been done in the search and rescue of my brother. It doesn’t bring him back. Ultimately things need to change so that no one else experiences what we experienced, that’s our ultimate goal at this time.”

The Bahamas is a signatory to the International Civil Aviation Organisation (ICAO), a UN agency which provides international standards for aviation disasters. Mr Ferguson was adamant that had the necessary government agencies followed the benchmarks, his brother’s life may have been saved.

He believes the country cannot expect to grow in aviation unless it pays attention to basic standards of the industry.

“I am fully aware, I know the regulations and the treaty provisions and what it calls for in those incidents. That’s why when I saw things being played out from the onset that was the criticism we raised. Everything is provided for by ICAO, as a signatory country they basically provide you with the blueprint. Just follow what the people say that’s all,” Mr Ferguson said.

He added: “We need an independent search and rescue agency to address those sorts of issues. We can’t be talking about controlling our airspace and having an aviation registry if we don’t plan to do the fundamentals. We have to put the fundamental things in place in order to be a sensible participant in the global industry of aviation; to have standards on a global level. It’s just outlandish goals with signing and talking if we cannot do the basics in aviation, just the fundamental things otherwise people will continue to suffer.”

There are 12 annexes relating to search and rescue under ICAO which AAID Chief Investigator Delvin Major said the country is required to comply with but has not placed emphasis on. Currently, the government has hired an American consultancy group to improve compliance with these international standards.

Meanwhile, Mr Ferguson says his brother continues to be deeply missed during this festive season. He said his family used to look forward to this time of year as all the siblings and family members were able to come together.

“He (Byron) worked out of the country, so Christmas used to be a time when we looked forward to having him here with us and we would all go to our parents’ house. But we have to find a new way to celebrate. I mean really Christmas this year, it’s really nothing to celebrate for us, we miss him. Right now it’s just painful, it brings back so much painful memories that he’s not here.”

While an application for judicial review has been filed into the handling of the search and research efforts for Byron Ferguson, his brother emphasised that this needs to be a wake up call for the industry and that those responsible for the shortfalls should pay the penalty.

Mr Ferguson said: “In the legal sense, the person or persons responsible must be punished for their shortcomings and a precedent must be set in the aviation industry in relation to the conduct and how things should go. We want a precedent to be established.”