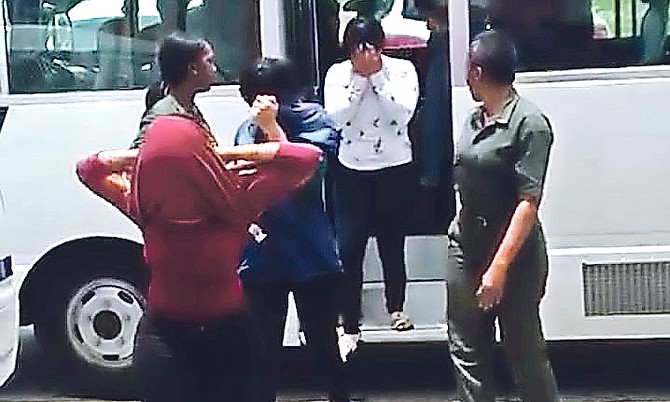 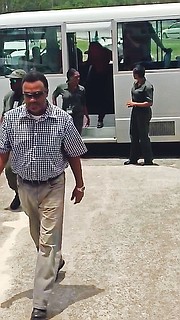 A BAHAMIAN club owner and four Jamaican women employed as dancers were charged in the Freeport Magistrate's Court for various immigration offences yesterday.

He was charged with employing the women without being granted a work permit by the Director of Immigration in accordance with Section 30 of the Immigration Act.

Capron was also charged with harbouring an undocumented migrant contrary to Section 47(A). It is alleged that on Friday, July 13, the accused deliberately intended to evade apprehension by the Immigration Department and knowingly harboured two people - Affrikkca Ezinma Walters and Nerdeen Curdela Pryce-King - at Liquid Lounge on East Sunrise Highway.

He was represented by Simone Brown. He pleaded not guilty to the charges.

The matter was adjourned for trial until August 10.

It is alleged that on Friday, July 13, the women were found at the lounge employed as entertainers without being granted a work permit.

They all pleaded guilty and were fined the maximum of $3000 each or in default, serve six months in prison. The women were also ordered deported on payment of the fine or completion of their custodial sentence.

Additionally, Walters and Pryce-King were charged with overstaying their visitor's status. The pair pleaded guilty and were fined $3000 each or in default serve six months in prison.

The sentences are to run concurrently.