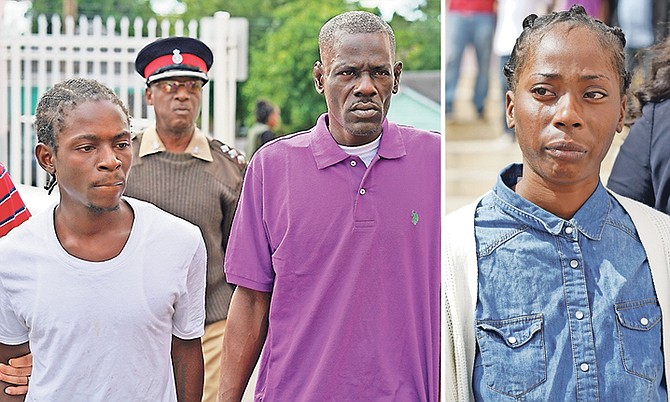 HANDEREA “Miss Florida” Rolle’s trial over alleged drug possession with intent to supply was adjourned by over a month after the court was informed that her co-accused was not brought down from the Bahamas Department of Correctional Services to attend the proceedings.

Deputy Chief Magistrate Subusola Swain adjourned the matter to April 18 after hearing that 41-year-old Kenneth Moncur of Smith’s Lane was not present in court for the commencement of the trial concerning the seizure of $1,700 worth of drugs from a house earlier this month.

Rolle, who is currently on bail, is expected to return to court on that date.

On February 14, Rolle, Moncur, and Ilano Noel of Market Street were all arraigned before the deputy chief magistrate on a single count of possession of dangerous drugs with intent to supply. It is alleged that on the day in question, the three were found in possession of 13 ounces of marijuana with an estimated street value of $1,700.

According to police reports, shortly after 11am on the day in question, officers from the Flying Squad, acting on information, conducted a search of a home on Smith’s Lane off Andros Avenue and recovered a large quantity of marijuana.

Three men and a woman, who were  in the house, were taken into custody.

Noel pleaded guilt to the charge and was sentenced to 18 months in prison, while Rolle and Moncur pleaded not guilty.