McPhee family finds triumph in the face of adversity 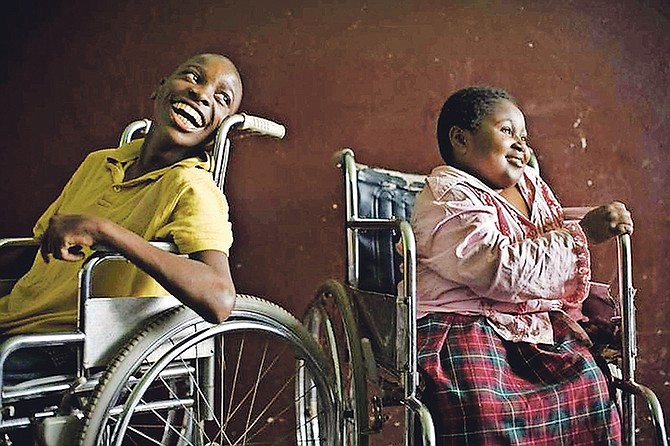 Brigitte McPhee believes that many children with physical and intellectual disabilities can grow up to become valuable, contributing members of society.

"I handed him over to his teacher at his day care and she noticed his eyes rolling over. I then felt him shaking in my arms. Immediately I knew something was wrong. I was emotionally upset. We took him to the hospital and that is how our journey began with having a disabled child," she told Tribune Health.

Her experience of being a parent to child on the autism spectrum with disabilities has led Brigitte to become an advocate for the more challenged in our society. She strives to educate people about the valuable contributions these individuals can make to the community.

Andrew is the first and only son of Brigitte and her husband, and his entrance into this world was nothing short of amazing, Brigitte said. He has physical and intellectual disabilities, and due to the constant seizures he experienced, he is non-verbal.

Despite all they have gone through, the McPhees said they could not be more proud of Andrew's growth and development over the past 15 years.

"We were excited for his arrival and received his coming to the world a blessing. It tells you your life can be changed in a moment," said Brigitte.

After his first seizures at the age of two, Brigitte said Andrew was prescribed several medications, but they all failed. Then, a new combination of drugs achieved what they were dreaming of and Andrew was seizure-free after a year. The joy, however, was short-lived as the seizures soon started up again.

"We travelled to Cuba and Florida to seek help for our child which required medication again. Andrew by now was still interacting with children and attended Garvin Tynes Primary where he was enrolled in the Autistic Unit. Due to the medications he was on he was always sleeping and couldn't participate in school activities. We asked ourselves, what should we do, keep him drowsy or have the seizures minimised? The seizures were less, but his alertness (suffered)" said Brigitte.

For Andrew to be able to smile and shake his head in agreement means the world to Brigitte and her family. His life may be a challenge, but his parents have learned how to keep him feeling encouraged and uplifted.

"He is non-verbal due to constant seizures. As a matter of fact, en route to Miami Children's Hospital Andrew had 17 seizures. When he was finally settled from the trauma his speech was no longer. Andrew is the joy of our lives and we will continuously fight to keep him happy," said Brigitte.

She believes there is no limit to what children on the autism spectrum can do, and that parents have the duty to fight to overcome all obstacles and be the voice for children and persons with disabilities.

"My child may not be able to function on a job, but there are many, many disabled persons in our society that are willing to work and live independent lives if given a chance. They may be disabled, but most are able to make a meaningful contribution to themselves and society," said Brigitte.

A proud member of the Bahamas National Council for Disability, where she serves as an office administrator, Brigitte said they are all working towards the goal of sensitising the public to individuals with disabilities in the country.