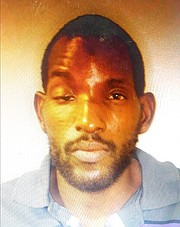 Moses Storr, 35, was sentenced to four years and six months in prison after pleading guilty in the Freeport Magistrate’s Court on Friday to charges of shopbreaking, stealing, and causing damage.

Storr, who has no known address, appeared before Magistrate Charlton Smith in Court Two on two counts of shopbreaking, two counts of causing damage, and stealing.

He pleaded guilty to breaking into a security company and stealing two firearms, which he later sold for less than $100 each.

Magistrate Smith said that the offence was an egregious one.

“Two firearms are floating in the public that can cause deadly affliction for persons out there,” he told the accused.

Storr told the magistrate that he was employed at the security company he had broken into and stolen the two firearms. He sold one of the guns for $70, and the second for $40.

“Where are the guns?” asked Magistrate Smith. The accused said he went to the ghetto and sold the guns.

“Did you give police the information?” The judge asked. “No,” Storr replied. When asked to whom he had sold the firearms, Storr said that he did not know the persons.

Storr told Magistrate Smith that it was difficult for him to find employment after losing his job as a security officer. He said that he has a drug habit, and had been to the Sandilands Rehabilitation Centre for his drug addiction.

Magistrate Smith asked Storr what kind of drugs he takes. Storr said he has been using “rock cocaine” for the past two to three years.

Magistrate Smith told Storr that he was giving him credit for saving the court’s time and pleading guilty at the first opportunity.

Magistrate Smith said that the sentences are to run concurrently.

In other court matters, four men were charged with firearms and ammunition possession.