Do you agree with the decision to disband the National Intelligence Agency? 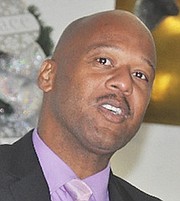 THE Christie administration created the National Intelligence Agency  after considering a number of serious, terrorist-like threats that threatened the Bahamas, former State Minister for National Security Keith Bell claimed yesterday, warning the Minnis administration that it is making a “grave mistake” disbanding the agency.

On Monday, National Security Minister Marvin Dames announced that the NIA has been disbanded, saying the unit was isolated from other law enforcement units and had not functioned like an intelligence agency.

But Mr Dames, countered Mr Bell, should have in his possession “unequivocal” and “indisputable” evidence showing that the NIA served a meaningful purpose.

Mr Bell avoided discussing either the threats he said The Bahamas has faced or the evidence he said proves the NIA’s importance.

For years the Christie administration was criticised for forming the NIA without accompanying legislation.

While officials in the former administration often suggested that in the absence of legislation, the NIA played a useful but benign role in the country’s law enforcement system, Mr Bell struck a different tone when discussing the role of the agency yesterday, claiming it was critical in helping the Bahamas respond to terrorism-like threats. Indeed, he said the NIA was focused on international crimes related to terrorism and not more typical domestic crime matters.

When contacted, Mr Dames said yesterday that he is satisfied after a thorough review of the matter that there was no meaningful “connectivity” between the NIA and the wider law enforcement community.

“We couldn’t justify its existence,” Mr Dames told The Tribune. “We don’t want a situation in this small country of ours where you have units operating and there is no coordination and partnership because that lends to all sorts of stuff.”

However, Mr Bell suggested that one threat the Bahamas faces comes from criminals deported here from the United States.

“They come back with a variety of expertise,” he said. “There are criminals in our midst who have been trained in all kinds of sophisticated weapons, some even trained by the US military.

“I’m very concerned that given what’s going on around us and around the world, the government would appear to just come into office a few weeks ago and arbitrarily end this. When you stop something it’s more difficult to start it again and get the momentum and drive that it takes. It’s always better to work in a state of preparedness. Every country that has experienced these major incidents, it’s better to prepare and given the climate of what’s going on in the region, we know too well that what we started was a good thing.”

When asked why the former administration failed to bring legislation governing the NIA if the agency was so important, Mr Bell said the Christie led government wanted to get the legislation right and spent time benchmarking it against other ones in the region.

He also suggested that because of the criticism the former administration faced over the NIA, the previous government wanted to make sure it got the timing of tabling the legislation right.

He insisted that the methods the NIA used to collect intelligence were legal, even as he refused to discuss the nature of those methods.

“None of the actions I’m aware of would’ve required legislation to make them lawful,” he said. “They exercised authority that existed under existing legislation. The defence force officers were empowered to act under the Defence Act for instance; police were empowered to conduct searches under the Police Act; the commissioner had powers under the Listening Devices Act to authorise the interception of communications if necessary; the NIA was an amalgamation of authorities and powers already existent in the country.”

After he stepped down, he was replaced by a lieutenant in the defence force, Mr Bell said.

“The individual we had heading the centre was one of the persons trained by the regional intelligence centre for a number of years,” he said. “He was a highly trained individual. He could tell of the very real threats the nation faced. They are not things you want to talk about and can talk about, but citizens expect the ministry and the minister to protect them.”

Mr Bell said the NIA did not require legislation to function.

He added: “I think (the administration is) making a grave mistake given what’s going on around us. My humble suggestion would be to continue building on what we started and quickly review the legislation because it’s finished.”

A type of NIA is necessary to protect US tourists and expats, but the agency can be so easily abused that I have little faith in it being used for it's rightful, legitimate purpose.

the plp was hoisted by its own petard.

they thought they were going in to operate the spy agency for another five years with no legislation.

Then they tried to rush the spy bill. how convenient, to have the spy bill and an unregulated spy agency.

They will do as they wish. They have the power. The Bahamian people for the most part want them to do what ever they are doing. They will be responsible for what ever happens They say when you Dumb you are dangerous.

You are dumb Birdie but, fortunately, only a danger to yourself or any poor bastard within earshot.

themessenger,I fully apeove of your message,now I just wish birdie would just sit small and go away. It's the grown people's time

That's what made the PLP so detrimental to our national survival. . .THEY ARE DUMB,TALK STUPID AND ARE PIGHEADED. . .your reasoning spells it out clearly. . .

NIA will be reconstituted legally .......... Bell needs to sit small and repent for his stupidity

Mr. Bell the terrorist threat ended when the PLP were voted out.

Why would anyone listen to this ass pimple?!?!?

So he says the legislation is "finished"??? When did that happen, May 9th?

He said they wanted to do comparisons with other countries in the region...but fails to name even one.

Also hearing the cry for legislation for years, he waits until now to explain that it is not needed because only lawful existing methods are used. Wow. He couldnt have said that last year?

Yeah, we have terrorism all right.....plenty of it....it's called home grown violent crime that causes terror in law abiding Bahamian citizens! The kind of terror that this buffoon Bell was at one time tasked with stopping but could do little towards doing so because of his gross incompetence.

Co-sign. I am afraid to be out past midnight.

Pass the legislation first and then create the agency in accordance with the law.

Mr. Bell, the NIA was a lawless group, I won't even call it an organization. What law was there to stop it from spying on the PLP political opponents?

How effective can a spy agency be,with a buget of $32,000 per year? Bell is one jokey ass

Right on. This is what blows me away. 90% of intelligence now is mostly data and computerisation. Our police and civil service are so far behind the times, that any serious work is a joke. Do our police have the capability of mining the internet for threats? Can they do a network trace to identify culprits behind public IP addresses? Do they monitor with autonomous technology, individuals who might pose a threat?

If any of these technologies were deployed, they might be used domestically to fight crime.

It's time for the Commissioner and the upper police hierarchy to be replaced by foreigners who are subject matter experts in policing. The Keystone Cops amateurs have proven that they can't do it.

Even simple things like geo-coordinate analysis of criminal activity and deployment decision tools would make a difference. Unfortunately our police are ignorant of using Data Analysis to fight crime.