Butler-Turner Fears Plp Could Use Spying Laws In Election 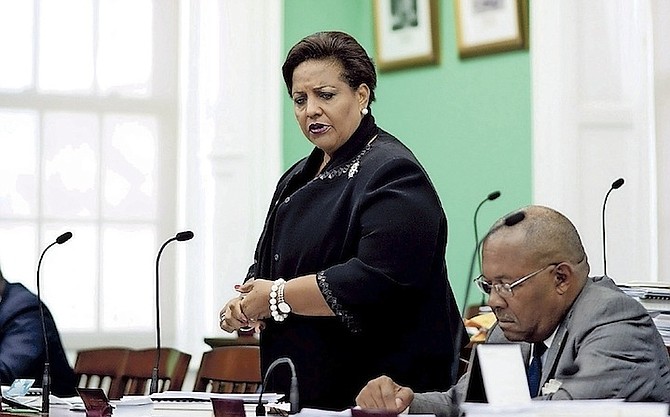 Loretta Butler-Turner, leader of Opposition in the House of Assembly.

OFFICIAL Opposition Leader Loretta Butler-Turner yesterday suggested that the government’s newly tabled Interception of Communications Bill, 2017 could be used by the Progressive Liberal Party led government to give it an advantage during this election season, as she rejected the timing of the legislation.

Speaking to The Tribune yesterday, Mrs Butler-Turner said that the bill raised far too many questions and also sparked concerns that it might be in direct conflict of the human rights of Bahamians.

The legislation would allow police to intercept and examine a person’s communications from telecommunications operators, internet providers and postal services.

She is the latest public figure to reject the passage of this bill following former Bahamas Bar Association President Elsworth Johnson who joined activist calls for Bahamians to organise protests and public resistance to the bill, which he called “dangerous” spying legislation. Mr Johnson was ratified last week as the Free National Movement’s candidate for Yamacraw.

Mrs Butler-Turner said: “I don’t think that anywhere in this legislation term should we even be entertaining such a thing especially in this crucial time when political organisations are preparing to launch an attack on a government, which is already suspect to give them greater autonomy to spy on us and to listen in on us.

“Does it in fact remove the privilege of privacy for citizens and those persons who are in fact exempted under the legislation (Freedom of Information) we just passed? I don’t know. It just seems to be at odds to what they are trying to do, but in the bigger scheme of things I am convinced that the government has in fact been spying on the Bahamian people because I have no idea of what the National Intelligence Agency is all about.”

“Obviously they are operating on behalf of the government. Is the government essentially so insecure in its position that it is now prying and spying on the affairs of Bahamians everywhere? Is this a modality for the government to get the upper hand as we move into the election season?

“I think many of us feel that even with the challenges that we have with BTC as it stands, we wonder if we are not already being tapped into. So there are a lot of concerns there.

On Sunday, Mr Johnson questioned the level of public consultation on the bill, underscoring that it affected deeply entrenched constitutional rights to privacy and as such should have been previewed by the legal community and civil society.

The bill will allow the commissioner of police, or a person acting on his behalf, to obtain a warrant from a judge to intercept and examine a person’s communications from telecommunications operators, internet providers and postal services; providing for the “interception of all communications networks regardless of whether they are licensed as public or not” for a period of three months, unless renewed. The bill also states that the attorney general can make an application to a judge for such a warrant.

This would be done in the interest of “national security,” the bill notes.

The bill, tabled in Parliament on Wednesday night, would repeal the Listening Devices Act.

OFFICIAL Opposition Leader Loretta Butler-Turner yesterday suggested that the government’s newly tabled Interception of Communications Bill, 2017 could be used by the Progressive Liberal Party led government to give it an advantage during this election season, as she rejected the timing of the legislation.

Of course all an MP would care about is himself or herself first and foremost. The nation? Whatever. She and all the other Opposition MPs had this Bill in their possession since last week and none of them said a word. The only people last week I saw bring it to the public's attention was a blogger and then the Tribune's story thereafter. You can tell Butler-Turner has not even read the Bill though she had it before the public saw it or even knew anything about it. But such has been the case with our non-existent Opposition for the last five years.