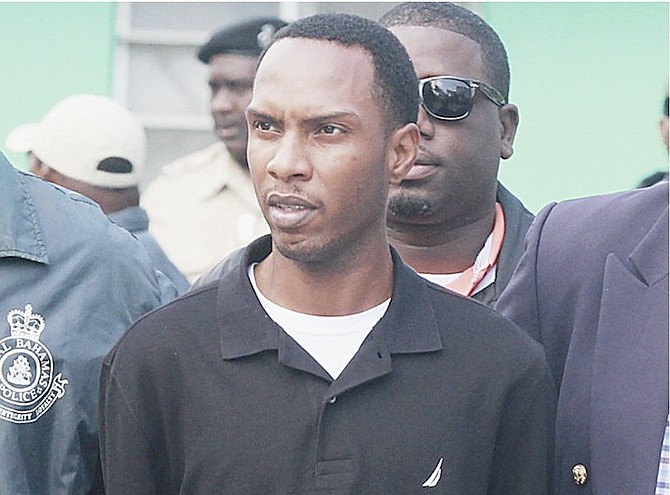 A CORRECTIONS officer spent the first night of his next 12 months behind bars yesterday after he pleaded guilty to a charge of possession of dangerous drugs with intent to supply.

Jason Russell, 30, of Colony Village, appeared before Magistrate Samuel McKinney accused of being found with four and a half ounces of marijuana on March 26 with intent to distribute the drugs.

His wife, Yanique Russell, was also arraigned yesterday in connection with the matter.

He did not dispute these facts when asked about them by the magistrate, who would later state that Russell violated the trust of his colleagues and the country with his actions.

“This court has to take into consideration the position you held. As a prison officer, you held a level of trust and you betrayed that trust of your colleagues and your country,” the magistrate said.

The magistrate sentenced Russell to one year at the Department of Correctional Services.

On the day in question, Drug Enforcement Unit officers had conducted surveillance on Russell, whom they approached at an Esso Service Station on Prince Charles Drive on suspicion that he was in possession of dangerous drugs.

Upon taking the officer to his home, his wife answered and a search warrant was shown to the couple authorising a search of the premises.

Officers discovered 20 packets of marijuana in a cupboard above the kitchen stove containing suspected marijuana along with $449 in cash believed to be proceeds of drug peddling.

Russell’s lawyer, Stanley Rolle, had asked the court not to impose a custodial sentence given his client’s relative youth, lack of antecedents and early admission of guilt.

Though the court acknowledged these points, the magistrate considered that Russell’s previous capacity as a prison officer warranted a prison sentence.

Russell’s wife, who pleaded not guilty yesterday, was discharged and released.

The money found at the scene, alleged by Rolle to have been funds saved for his daughter’s birthday party, was ordered confiscated.