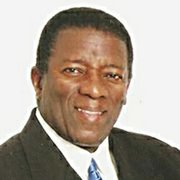 BISHOP Walter Hanchell has commended Bahamians for their rejection of the four Constitutional Amendment Bills, charging that their “no” vote effectively opposed the “plans and schemes” to “bring The Bahamas in line with other nations as it relates to LGBT rights.”

Bishop Hanchell, chairman of the group Citizens for Justice (CFJ), in a statement on Friday said the gender equality referendum failed because Bahamians are “intelligent, alert, informed” to know “exactly what is happening around the globe with regards to the gay agenda and United Nations conventions on human rights and gender equality”.

He said the referendum on gender equality was essentially the government’s submission to “the dictates of the United Nations in their demands to have our Constitution amended to accommodate their conventions.”

Bishop Hanchell also said the Christie administration, as well as members and supporters of the YES Bahamas campaign should “apologise” to the Bahamian people.

Bill four, the most controversial of the four Constitutional Amendment Bills, was rejected by the largest percentage of voters in last Tuesday’s referendum. Bills one, two and three, which dealt with issues of citizenship, were also overwhelmingly rejected.

In the results that were initially released, the no vote more than doubled the yes vote across all four questions in most cases.

“We commend persons from throughout the nation who realised that we are in a spiritual battle and opposed the plans and schemes to bring the Bahamas in line with other nations as it relates to LGBT rights,” Bishop Hanchell said in his statement. “As stated before and confirmed, the referendum was clearly about the Bahamas government submitting to that dictates of the United Nations in their demands to have our Constitution amended to accommodate their conventions.

“We believe that the main focus of the government was the passage of bill four. The other three bills were not retroactive and would not benefit persons already affected with citizenship concerns. Each of the bills was flawed.”

Bishop Hanchell also said in light of Tuesday’s failed referendum, future administrations should conduct an opinion poll “to find out what the people would like changed in our Constitution”.

“The people should never be taken for granted or treated as unenlightened fools or called dumb and stupid ever again,” he added. “The government, members of the YES campaign and some pastors, who support the government, should apologise to the Bahamian people and never make that mistake again. Bahamians are intelligent, alert and informed and know exactly what is happening around the globe with regards to the gay agenda and United Nations conventions on human rights and gender equality.”

He added: “(CFJ) will continue to be watchdogs and gatekeepers to ensure that righteousness and family values are upheld and maintained in The Bahamas and will oppose any forces that attempt to remove the ancient landmarks.”

The first bill sought to give Bahamian women married to foreign men the right to pass on their Bahamian citizenship to any child of that union no matter where that child is born.

Bill two would have allowed a Bahamian woman married to a foreign man the right to secure for her husband the same access to Bahamian citizenship as a Bahamian male has in relation to his foreign wife.

Bill three sought to grant any unmarried Bahamian man the right to pass on his Bahamian citizenship to any child he fathers with a foreign woman with proof of paternity.

Bill four sought to prevent discrimination of any type based on sex - being defined as being born male or born female.

Bahamians, tell your daughters that the good Bishop wants you to have sex out of marriage. Indeed, he has fought hard to encourage you to do so.

He has even congratulated Bahamians for voting No on Bill One. WOW! Go figure!

It is to bad that the zeal that the Bishop has against the Gays is not directed to murders, those who have children out of wed lock the list goes on

The Constitution has shut the door on anyone who wants to use Article 15 ..... LGBT won't get any help there either .......... BTW: Wayne is a lightweight QC, he just likes to hear himself talk

Check what Fred Smith Q.C. said, in the papers a few weeks ago, about Article 15.

Fred Smith has one just about everything so far. If he feels that Article 15 can open the door and he challenges it then the No will have become Yes.

Wayne is a complete sell out! Who of high powers can tell such a powerful lawyer that he has to do something that if it's not his heart to do to actually do it?

It is never a good idea to corner anyone. By the No we have cornered a number of Human Rights groups.

Don't be surprised if they now challenge everything, including Articles 15, 24 and 25 of the Constitution.

By whipping up such a storm over same sex marriage and denying women equal rights, a number of lawyers, supported by scholastic thinkers outside The Bahamas, working for Human Rights are considering launching a number of actions.

I am going to sit back and watch......should be fun to read peoples responses. Gays have never bothered me as I am a very comfortably heterosexual. I have always wonder why real men are so scared of gays.

Gays have contributed to our society for thousands of years, in the arts, entertainment, architecture etc. so I welcome them as my fellow human being and appreciate them for their contribution to man kind.

Will I be surprised if Perry Christie does a "gaming referendum" mea culpa? NO. in fact I expected it and so did half of the electorate. That's why they didn't even waste their time. We suspected all along that there were hidden "external" pressures being applied, pushing the completely disingenuous yes vote campaign. Just as Dame Sawyer alluded to. No one will be surprised.

If the questions had been brought to the nation in an honest manner we would have gotten women's rights secured, then they could fight their other battle

It's weird, uber liberals would have us believe that we're a backward, bumbling, caveman nation and the world has left us behind because we refused to have acceptance of a deviant lifestyle cemented in the constitution.

The 100% truth is, gays and lesbians are viewed as "abnormal" everywhere. In the US, Canada, UK, even Holland. They may proliferate in those countries and they may be widely "tolerated", but there's nowhere on God's green earth where they're viewed as "normal".

This is not a statement of hate, they are people like us and should have freedoms like us, and I believe they do (by the constitution) based on the fact that they are "people". The statement is just a pure realization. I have that same realization when as a black person I visit uber liberal Canada or even certain places in the black led Bahamas. Political correctness will never reach deep enough to touch a heart or a mind.

(Btw, in a lot of ways we are a backward bumbling caveman nation, ... just not because of this issue.)

I should have said the gay "lifestyle" is looked at as abnormal. The point is we can separate their "humanity" from what they do