Dna: Time To Get Serious On Disclosures 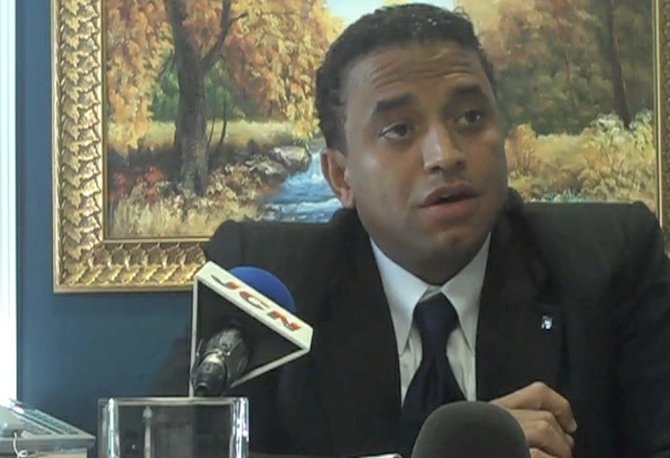 DEMOCRATIC National Alliance Leader Branville McCartney said yesterday it is “past time” for the government to “get serious” about upholding the laws mandated under the Public Disclosures Act.

Mr McCartney claimed that the disregard of this law by politicians and others in prominent public positions shows Bahamians “that our laws could be walked on and walked over”.

Last June, only 11 of 38 members of Parliament confirmed to The Tribune that they had filed all their annual disclosures.

However, at that time, at least nine government ministers did not file their public disclosures for that year as mandated by law, according to their own admissions. Many others refused to comment on the status of their disclosures.

Mr McCartney said the trend of non-disclosure is “nothing new” and proves that the government “isn’t serious” about accountability or transparency.

He said: “Those at the very top have failed to follow the law, then they demand that persons going down the ladder abide by the law.

“This again proves that the government of the Bahamas lacks transparency and accountability. This has been going on for years now, there is nothing new about this problem. Many of these politicians and public officials go into public office as broke as the day is long then leave office as multimillionaires.

“Something isn’t correct with that picture. They don’t want to enforce the law because they have things they want to hide.”

The Act states that any person who does not comply with the law is liable to a fine not exceeding $10,000 or imprisonment of not more than two years.

According to the law, if a parliamentarian deliberately does not disclose property owned in the Bahamas, the land can be seized and forfeited to the government.

However, no financial disclosures have been made public in this term. The last time disclosures were published was in April 2012, weeks before the May 7 general election, and detailed the finances of the 133 candidates who ran in that race. At the time, there were 56 millionaires on that list.

The DNA leader called on the Public Disclosures Commission to release the names of all those public officials who have violated the law.

When asked if he remained current with his disclosures during his time in the House of Assembly, 2007-2012, Mr McCartney said, “Yes.”

“The law is there for a reason, I made sure I remained current,” he added. “There was one year when there was some confusion, but it had nothing to do with me. I disclosed that year, but the committee made an error.”

After a series of Tribune articles on the matter last year, Prime Minister Perry Christie told the House of Assembly that the PDC expressed concern over the widespread failure of officials to comply with legislation mandating the turnover of annual financial declarations.

According to Mr Christie, the PDC reported that “a number” of present and former parliamentarians and senators, along with senior public officers, have failed to submit declarations as mandated in the Public Disclosures Act.

At that time, Mr Christie urged members of Parliament to prioritise submissions during his closing budget contribution in the House of Assembly.

The Tribune was unable to reach Allan Benjamin, chairman of the Public Disclosures Commission, for comment yesterday.

Those in government are great at making laws yet somehow they also feel as if they are above those same laws. There seems to be one set of rules for government types and their cronies and another for the rest of us. Is there any wonder why this country is so lawless!

Who is supposed to be ENFORCING this law and why have they NOT?

The Law is enforced by the police - but they know who their boss is. Even though the Commissioner of Police is a Constitutional office - very few high school graduates know what a Constitution is - so nobody cares.

Branville, if you are serious about making a difference then it's time to re-join the main opposition party. Right now you are wasting your time and your talent. EVERYONE who cares about the future of the Bahamas needs to unite and rid the country of the most ineffective, unscrupulous and unaccountable administration in many a long year.

Honestman - obviously you are one of the (apparently) many - who have forgotten why we voted out the FNM last election.

I hope that Branville remains strong. Even if he doesn't win, he is doing the honorable job of offering Bahamians a choice. If they refuse that choice and instead choose to complain and complain and suck teeth for another 5 years by putting the FNM back in or the PLP in a 2nd term then that is their choice and they can enjoy the fruits of their choice. Just hope they keep plenty Vaseline on hand. But, they must like it.

Man Bran needs to prove he disclosed. As I remember he was one those non disclosing MPs....