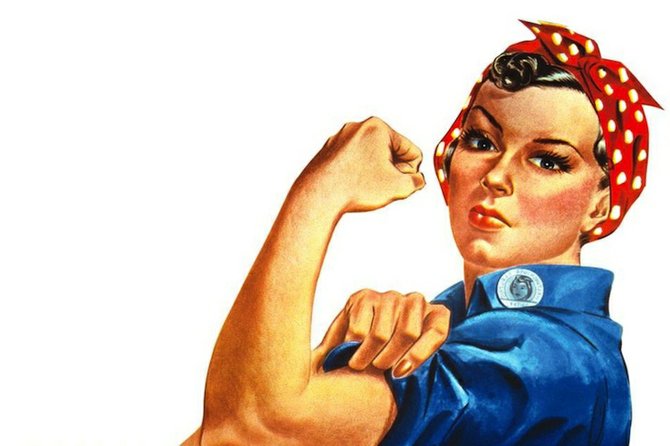 Twelve years ago, on the night of February 27, 2002, thousands of jubilant supporters of the Progressive Liberal Party celebrated on the grounds of Gambier House after it became clear that the Ingraham administration’s constitutional referendum, which aimed in part to obliterate discrimination against women in the Constitution, had failed.

As he moved through the exuberant crowd gathered at PLP headquarters, then Opposition leader Perry Christie had to fight his way through the gathering as his supporters clawed at him, excited to get a glimpse of the man fated to become the next prime minister of the Bahamas.

It was just three months before the 2002 general election and the PLP was able to capitalise on voter discontent with the Ingraham administration by hijacking instead of helping the process for reform of our outdated constitution. Although Mr Christie and members of his party supported the constitutional bills when they were read and debated in Parliament, the PLP chose to feed into the ignorance and opposition over the process, in a purely political bid to assure a successful election campaign.

The PLP sided with those who said there was not enough education about the proposed changes and that the process was flawed.

“Today truth has emerged victorious,” Mr Christie told the crowd of PLP supporters in February 2002 after the results were in. “It is a bright and joyous day for the Bahamas. This is not an occasion for gloating. For those of us that have campaigned so vigorously for the results that have been achieved have a victory for the Bahamian people.”

Among the five proposed amendments put to voters in 2002, the question on gender equality read: “Do you agree that all forms of discrimination against women, their children and spouses shall be removed from the Constitution and that no person shall be discriminated against on the grounds of gender?”

Later the PLP and Mr Christie were able to secure an election victory in 2002, leaving women without equal rights to men under the Constitution and the promise that the party later would get it right.

Last Wednesday, Mr Christie made good on that promise. His government deserves some praise for finally bringing the four bills to Parliament that will lead to the referendum on gender equality.

The upcoming referendum will likely be devoid of any political posturing or interference that the 2002 process suffered from.

Retired Anglican Archbishop Drexel Gomez, who opposed the last constitutional referendum on principal, told Insight he has no qualms about the upcoming vote.

He believes the exhaustive work done by the Constitutional Commission in the lead up to presenting its report to the government last year and the three months set out for public education ahead of the vote is enough to ensure that voters are properly versed on the issues.

“My position at the time was against the process, which I thought was defective because we were dealing with a Parliamentary decision to hold a referendum (however) the population had no input whatsoever,” Archbishop Gomez said. “I believe most of the people who said ‘no’ said no not because of politics but because they said no to the process.”

Archbishop Gomez lamented the “unfortunate” results of the failed 2002 vote, which he said was a “victim of circumstances.” This time, he hopes that voters will show up to the polls ready to place women on equal footing with men.

“I hope it will be removed,” the archbishop said, speaking of the gender discrimination in the constitution. “But given the nature of this kind of exercise I really wouldn’t say a positive yes (is going to happen). I certainly hope it does go through, I still regret it has taken this long but at least it has now reached this point, I hope it will be a positive result because equality is important.”

He added: “I support the process that is presently being used. It is more representative of the administration we are supposed to have, more democratic where the voice of the people is supposed to be respected.”

“Any amendments made to this document (the Constitution) should take place only after widespread public discussion and debate. To do so otherwise would be a travesty of democracy,” Bishop Green said.

However it appears the religious body will take a different stance this time. Last week, Archdeacon James Palacious said the Council is unlikely to boycott the constitutional referendum or to encourage Christians to say no to the proposed changes.

He was speaking in his capacity as acting president of the Council. The Tribune has been unable to reach BCC President Rev Dr Ranford Patterson who has gone on record saying he will not vote in another referendum because of the Christie administration’s decision to overturn the results of the 2013 non-binding gambling referendum.

“There should be no law that does not give women constitutionally equal rights to men,” Archdeacon Palacious said last week. “That’s my position and I do believe that is the position of the Bahamas Christian Council.

“We were always in agreement with that. God doesn’t make second-class citizens and no law in any land where women pay taxes should treat them in a discriminatory way. How can you say ‘Daughter, you don’t have the same rights as your brother?’ I think that’s fundamentally wrong and flawed.”

“I doubt the church will boycott this referendum (because) 77 per cent of the church are women and you going to talk foolishness? That would put us in an untenable place. A change is long overdue.”

While we agree with the archdeacon, it is left to be seen if the government will be able to successfully convince the electorate to vote for a positive change. Many voters are disaffected by this government and have already voiced plans not to vote in the upcoming process. This makes it possible for those who feverishly oppose constitutional reform or have issues with granting further access to Bahamian citizenship a chance to overwhelm the ballots with ‘no’ votes.

The Christie administration’s bungling of the 2013 gambling referendum has left many voters soured and is likely to have serious repercussions for Bahamian women and their offspring.

Moments after Mr Christie’s announcement on the referendum in the House of Assembly last Wednesday, readers flooded The Tribune’s website with angry comments, arguing that they will not take part in the process.

“What’s the point for any referendum in the Banana Republic of the Bahamas when the results will be ignored anyway,” one reader said. “I will never vote in another referendum under this government. Fool me once,” another reader wrote.

However voters’ anger with the government because of the botched January 28 gambling vote (and the government’s subsequent decision to ignore the results of that poll) should not cloud their decisions when it comes to the important issue of constitutional reform.

Unlike last year’s “opinion poll”, the planned constitutional referendum will be a binding vote - meaning the government has to follow through with the results no matter what they are.

FNM Chairman Darron Cash said the disaffection some voters have with this government over referenda is not surprising. He also doubts that the government can launch a successful education campaign before the November vote. With the government intending to roll out a new tax regime in the form of Value Added Tax (VAT) on January 1, and its accompanying education platform, many have questioned why the government would hold a constitutional vote this year.

“People are very upset still and they haven’t forgotten what happened in the last referendum and the fact that the government turned its back on the decision, so a lot of people aren’t going to participate,” Mr Cash said. “The prime minister and those have boxed themselves in a position that people are not confident that if they go out and participate, that their decision is going to be abided by the government.

“The challenge the Christie government has is they have not done a very good job in demonstrating their ability to walk and chew gum at the same time. I give the Bahamian people a lot of credit that if you put the information out there in a meaningful way ... you can have an intelligent conversation with Bahamians and inform them of things including things as sophisticated as citizenship questions and the nuances of (Value Added Tax) if you do it properly.

“The problem we have had to this point is, they have not demonstrated the ability to do (this) with limited amount of time - this is a high hurdle to get over. But if they are diligent, it does mean they have got to be intensively focused on it and put yourself in a position to field a lot of questions and give satisfactory answers. Bahamians are very disenchanted when it comes to this government and referendums so we will see.”

With three months left before voters head to the polls this time, let’s hope the government gets the education process right and can galvanise sufficient support for a resounding ‘yes’ vote.

If not, there is no telling how long Bahamian women will have to wait to have equal rights as men.

• What do you think? Email comments to tmthompson@tribunemedia.net