Moss: I Will Not Support Three Of Constitutional Amendments 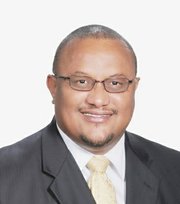 MARCO City MP Greg Moss told The Tribune yesterday that he will not support three of the four Constitution Amendment Bills currently being debated in the House of Assembly if they remain in their current form.

While other Progressive Liberal Party backbenchers, including Fort Charlotte MP Dr Andre Rollins and Tall Pines MP Leslie Miller have also expressed concerns about the bills, Mr Moss is the first to say outright that he would not vote “yes” to some of them, adding that he remains optimistic amendments will be made to the bills before a vote.

“In concept, we all agree it’s necessary to amend the Constitution and remove discrimination and equalise relations between men and women,” he said. “But what is a challenge is that the way in which these questions are now drafted raises concerns in some cases.”

The third bill, which seeks to allow unwed Bahamian men to pass citizenship to their offspring if the child is born to a foreign woman is the only bill Mr Moss would support, he said.

As for the second bill which would allow women equal opportunity as men to pass citizenship onto a foreign man she marries, Mr Moss said his approach to the issue of citizenship differs from the stance taken by the Constitutional Commission, adding that neither women nor men should have the automatic right to pass on citizenship to foreign spouses.

As for bill number four, which would make it unconstitutional for any law or person in public office to discriminate based on sex, Mr Moss said he is concerned the bill would open the door to same sex marriage.

“I heard that it would not lead to same sex marriages, but I respectfully disagree with that view,” he said. “That’s exactly one of the effects it would have based on my reading of the constitution therefore I wouldn’t support it.”

He added: “I’m hopeful that my comments would be made known and considered. I’m still optimistic that we will get to the position where we as a party can all support these bills but I do acknowledge that at the moment that does not exist.”

However, last week Prime Minister Perry Christie remained adamant that the fourth constitutional bill would not legalise same sex marriages in the Bahamas. He said the government is not going to change the wording of the amendment that has sparked heated public debate.

According to media reports, Bamboo Town MP Renward Wells has also raised concerns about the bills.

In view of this, Free National Movement Chairman Darron Cash said yesterday that the FNM is troubled by the confusion “within the government and its back bench” on the issue.

“This begs the question of just how much vetting was done at the cabinet level and within the PLP caucus,” he said. “If the referendum initiative fails before it gets off the ground it will be because of the Prime Minister’s failure to bring people together—starting first with those in his own party—and his unwillingness to make any necessary attitude adjustment to ensure success—again in his own party and in the country at large.”

When asked to comment on the dissension within the PLP over issues related to the bills, PLP chairman Bradley Roberts said: “We do not live in a perfect world where everybody is in perfect agreement. I am keeping a watching and listening brief over what my colleagues are saying.”

In particular, Mr Roberts said he doesn’t believe the fourth bill which addresses discrimination based on sex could be worded clearer than it has been to clarify that it would not open the door to same sex marriage if passed.

Ultimately, he said: “Each person has to be able to respond for themselves. They are entitled to their point of view on that matter.”

He added that he fully expects the bills to receive enough votes to be passed.

Debate on the bills is expected to resume on Wednesday.

I am confused. That could be my resting state, who knows, but I am seriously confused. How could Perry Christie, Brave Davis and BJ Nottage organize a committee to spend months looking into constitutional reform (paid work I'm assuming), at the end of the exercise put to the public referendum questions that members of their own party do not support and then tell us, "if everyone doesn't support it we won't have a referendum"?

Can someone sponsor a mini car so these clowns can drive back to the circus?

It is quite obvious that the cabinet did not discuss this,or if they did then they did a lousy job framing these questions&gt; DOOM from the start

Why doesn't the Parliament do what they are doing by using Article 13 of the Constitution and leave this Referendum alone..................... PLP does not have the moral authority to do so.

They can, but it can be challenged as unconstitutional

How the hell can it be unconstitutional if it is carried out in line with the Constitution????? Are there NO constitutional lawyers capable of drafting Bills to give women equality with men based on Article 13??????. Bring all of the former AGs and QCs around the damn Cabinet table and deal with it. The citizens will NOT vote for a PLP sponsored referendum .................. PERIOD

The former AGs and current QCs were already around the table - that's how the Constitutional Commission report was produced!

I agree with Bahamian men passing citizenship to their children, no matter where they're born. Men are the one who gives identity to the child. The women bares the child, and give birth, but the child carries the identity, and citizenship of the father. That's the way God ordained it to be. Furthermore the woman was made to follow, and submit to her husband. She is not to pass her citizenship to her husband, but to take on his, as the case may be. Just in case all of the questions are mixed up, I'm voting NO! If not, I will vote yes ONLY, for Bahamian men to always pass on citizenship to their children.

What in the hell does God have to do with this? God didn't ordain anything. Men make the laws and man made God. Stop with the religious crap!

Unwed Bahamian men (some of whom are just sperm donors) passing on automatic citizenship to their children? Jesus, the city will be full of Jamaican, Cubans and the like before we could say "AH!".

We have to be very careful touching the constitution. Once you change it and it does not work out you now must have another referendum. Just pass legislation and create immigration policies to deal with these issues

Dear Mr. Moss, most politicians sicken me and the PLP, as whole, disgust me, but you seem very sensible and use logic. You think of the future and what can happen. I would actually listen to you when you speak. Keep up the good work and fight those hard battles. It is the very few people like you that are keeping us from falling off the edge into hell.