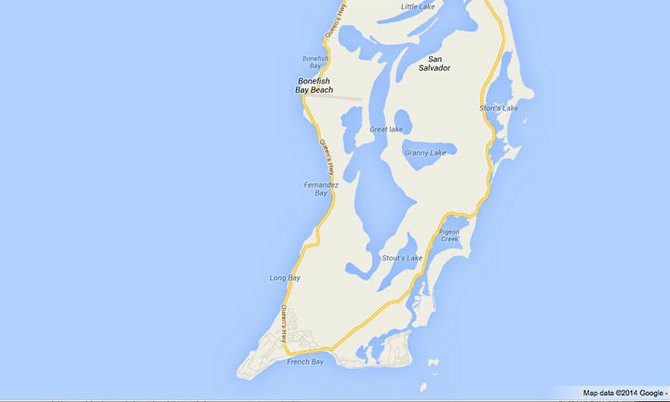 A 17-YEAR-OLD American girl was left traumatised after she was strangled to near unconsciousness and forced to perform a sexual act on a middle-aged San Salvador man.

The 41-year-old of Cockburn Town, sources on the island told The Tribune, was taken into custody shortly after he assaulted the girl on Monday morning.

Police sources confirmed that the girl was riding her bicycle in the dock area of Cockburn Town around 10am when the man emerged from the bushes, forcing her to perform oral sex on him. Sources added that the victim pleaded with the man not to rape her.

The girl, whose parents recently purchased a vacation home on the island, was flown to New Providence for medical evaluation shortly after the ordeal.

While San Salvador police were able to detain the man two hours after the assault, residents expressed outrage that a sexual offender with a mental disability was allowed to roam the island freely after being accused of a similar act some years ago.

It is said that the man was responsible for the sexual assault of a woman tourist at the Club Med resort, but was placed on bail and fitted with an ankle bracelet pending the trial. However the woman never returned to the country and the charges were dropped. Sources on the island said the man removed the ankle bracelet a short time later.

“This guy had a mental problem and was a Sandilands patient,” a resident of San Salvador said, “but after the incident at the hotel and the victim never came back, there were no criminal charges brought against him. So he was allowed to freely manoeuvre and roam around.

“In fact I can tell you that he came to one of the schools one time and he was asked what he was looking for. He responded that he just came to check the place out. Several times after that he was seen checking out some of the little schoolgirls but nobody took measures to put him under police watch.”

Royal Bahamas Police Force officials have launched an intensive investigation into the events surrounding the incident on Monday. The man is in custody in Nassau.

This is one of those times we should talk about how laws don't mean much to a mentally ill person who would like to do harm to others. This person should be kept in a mental institute. This was attempted murder, people. We do not need a law to tell us this. Nor should a humane society need a law to deal with a situation like this.

There is one common denominator is all of these cases - rape, murder, attempted murder, armed robbery, etc. The suspect is either wearing an electronic monitoring device or has been charged with a crime previously and is out on bail. Me thinks the outrage should not be against the criminal, but against the system that lets them roam free to reoffend!!!

JBN...didn't you get the memo? Everyone deserves forgiveness and a 'second chance'... but I digress......

Lol! Obviously I am out of the loop!

Disgraceful on the part of law enforcement & the criminal justice system, Cops on that island should of made it there personal duty to ensure he was not a threat to others, believe me there are legal ways.

All I know is if that was my 17 year old daughter, he was gonna get chappppp....not be under arresttt. He have his good sense to know what he want done to his things, and to sneak up on someone to get it...he was gonna get chap... He's lucky that girl's family is not a part of the mafia or something. He was gonna get hissss... Sandilands is too good for him. He had his good sense to take off his ankle bracelet. Sexual deviants of any kind of mental state should be locked up for life. How could a sex offender get bail of any kind? That is ridiculousss! lock them up and throw away the key.

I'm sorry, but anyone suffering from mental illness who carries out this, or any similar act should be put to death, plain and simple. I fully appreciate that his mental illness is not his fault, but this kind of behavior is not acceptable by any means, and this should also be the standard for anyone that commits murder! And just to be clear on this, my views have nothing to do with getting revenge on the perpetrator, but one thing we can all be assured of is that, THAT individual will NEVER harm anyone again!!!