'Don't Erode Revenue Base With Incentives' 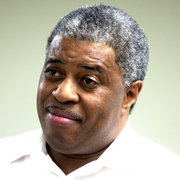 The Government “cannot afford any more erosion of the revenue base”, a top accountant warning it to “hold the line” on doling out further investment incentives to both Bahamians and foreigners.

With total tax breaks/investment incentives equivalent to 64 per cent of this year’s projected $443 million fiscal deficit, Raymond Winder, Deloitte & Touche (Bahamas) managing partner, said the Government could not be “as generous” with these as in the past.

Backing the Christie administration’s decision to focus on its strained fiscal position as its leading policy objective, almost to the exclusion of all other economic goals, Mr Winder said this overrode even the creation of jobs via investment incentives.

“It is far more critical today to ensure that the fiscal affairs of our country don’t deteriorate beyond the position they are in now,” Mr Winder told Tribune Business.

“When you look at the size of our debt, and the size of the deficits we’ve been running for the last three-five years, from the standpoint of what is most important, the most critical is fiscal stability.

“That is far more important as a country than continually providing incentives to foreigners or Bahamians. The Government cannot afford any more erosion of the revenue base,” he added.

“The Government must continually take a hard look at how it can reduce its expenditure by being more efficient and holding the line on the kind of incentives it gives. We just can’t afford to have any more erosion.

Mr Winder is not the only person to focus on the Government’s investment incentives regime as having the potential for cost savings and rationalization.

The International Monetary Fund (IMF), in its Article IV consultation with the Bahamas last year, urged the Christie administration to “introduce a simple broad-based corporate income tax, and rationalise the system of tax incentives”.

The latter, which are largely tax breaks/concessions to major foreign direct investment projects (FDI), amounted to $285 million - some 3.6 per cent of GDP - in the 2011-2012 fiscal year.

The former figure is also close to two-thirds, or 64.3 per cent, of the projected $443 million GFS fiscal deficit for the 2013-2014 Budget year, highlighting just how much the Bahamas gives away.

This nation has a wide-ranging investment regime with a myriad of incentives, which fall under laws such as the Hotels Encouragement Act and the Industries Encouragement Act. Among the most commonly-employed incentives are Customs duty and Stamp Tax breaks, plus real property tax exemptions.

Some observers, though, view the incentives regime as unwieldy and in need of consolidation. Others feel the Bahamas is giving away too much to developers, while another view is that the Government needs to do better in analyzing whether the country is getting the required return from these incentives – namely, are the developers living up to their obligations.

Mr Winder echoed these themes, telling Tribune Business: “We cannot allow ourselves to be as generous with incentives, where we are unable to receive the kinds of returns deemed necessary.

“For the majority of the Bahamas’ development, for the most part we’ve given away incentives. Clearly, one has to be concerned.”

As a result, the Deloitte & Touche (Bahamas) managing partner said the Government had to “do a better analysis around the benefits versus the costs” of granting extensive investment incentives.

Meanwhile, Mr Winder, who was the country’s lead World Trade Organisation (WTO) negotiator under the former Ingraham administration, acknowledged that Value-Added Tax (VAT) and other tax reforms were at least partly being driven by external pressures.

The Bahamas’ existing trade liberalization commitments under the Economic Partnership Agreement (EPA), and those likely to come with accession to full WTO membership, meant that import tariffs (Customs duties) would either be eliminated or significantly reduced. Hence the need for replacement revenue via VAT.

“The revenue base, I would say, is unstable from the standpoint of lack of growth; we’re not seeing as much money come in,” Mr Winder said. “We need to just look and see if we’re getting the correct amount of tax from those currently on the books.

“That has to be objective number one for the Government. We’ve got to close the leakages and deal with those companies and individuals that are not meeting their current tax obligations.”

Mr Winder added that if the Government kept borrowing at its current pace, and most of that was in foreign currency, it would place ever-increasing pressure on the private sector to earn larger sums of foreign exchange to keep servicing this debt plus meet other obligations, such as the Bahamas’ food and petroleum import bill.

“I think restoring fiscal control is far more important to this country than any other critical issue,” the Deloitte & Touche (Bahamas) managing partner told Tribune Business.

“Getting the fiscal house in order is even more important than creating incentives that can support jobs. While creating jobs is important, the Government cannot view that at the expense of further deterioration in our fiscal circumstances. Those jobs will not be deemed quality jobs. We will pay a heavy price if we allow our fiscal situation to deteriorate more.”