Prisoner Who Died In Custody Had Been In Scuffle With Police 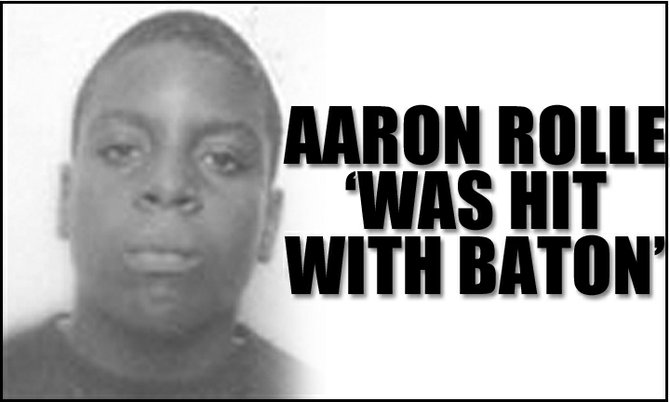 POLICE hit Aaron Rolle with a baton and got into a “scuffle”with him after he attempted to escape from the Southern Police Station, an investigating officer testified in Coroner’s Court yesterday. 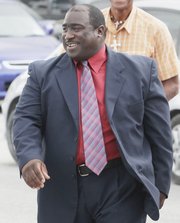 Police Constable 2468 Carl Smith said officers were forced to physically restrain and use force on Rolle when he tried to jump out of an open window while being questioned.

Rolle, 20, died at the Southern Police Station on February 8, hours after he was taken into custody for questioning in connection with an armed robbery and escape.

A pathologist report later concluded that he died from haemorrhaging and a ruptured intestine, caused by blunt force trauma to the chest.

PC Smith testified that he was the officer assigned to question and interview Rolle after he was arrested and taken into police custody for armed robbery, shopbreaking and escape.

He said when he first met Rolle shortly after 4pm on February 7, he appeared to be “very frail, sluggish and slow moving.” PC Smith said he asked him if he was all right and he replied: “Everything cool, officer.”

PC Smith said he then escorted Rolle from the cell to a general investigation area and from there to the charge room on the second floor. He then informed Rolle that he was being charged in connection with several shopbreakings, an armed robbery and escape. At that point, PC Smith said Rolle said to him: “I’m a sick man, I ga let you know what happened and show you what you need to see.” PC Smith said he stopped the interview, arranged for a vehicle and took Rolle out to show him the places he claimed to have robbed.

He said Constable 2126 Smith also went for the drive, along with another officer who was the driver. They went to East Street and Taylor Street, Ross Corner, East Street and Young Street, where Rolle pointed to several businesses and a residence he claimed to have held up.

He also showed police the residence of a man, to whom he allegedly sold the stolen goods. PC Smith said police obtained a warrant, confiscated the suspected stolen items and arrested a suspect. They then took both men back to the station.

He said he handed Rolle and the other man over to another officer on the cell block and took the confiscated items upstairs. A short while later, he returned to interview Rolle and took him back upstairs on the second floor into the charge room – without handcuffs or shackles.

It was there, while being questioned, PC Smith said Rolle got angry when he was told he was going to be charged a third time and lunged on top of the desk, toward an open window in another attempt to escape.

PC Smith said Rolle screamed: “I am a sick man, I am not going to jail. You ain’t going to put me in the same cell with the man I just sold out.” According to PC Smith, Rolle also said: “I have AIDS, I am not dying in jail.”

He said he grabbed Rolle by the legs, right under the waist, stopping him from getting out of the window and Officer 2126 Smith ran over to assist in restraining Rolle. During the scuffle, he said they fell on the floor on top of electrical boxes being kept as evidence.

PC Smith said Rolle began kicking and punching them both and also spat on them. That is when Officer 2126 Smith struck Rolle several times with his police issued baton on the leg and thigh area in an attempt to calm him down. He said he was then able to retrieve his handcuffs from his desk, cuffed Rolle and then sat him back down. He said the scuffle lasted less than 2 minutes.

PC Smith said Rolle was then handed over, as instructed by his supervisor, to another officer to be put in a cell for him to “cool off.”

Ms Galanos asked PC Smith how Rolle could fight two officers, both bigger and taller than he was, especially as he was sick and could not walk. ”He perked up when he realized he was going back to jail,” PC Smith replied.

Ms Galanos suggested to PC Smith that he and officer 2126 tortured Rolle for a statement and he was attempting to flee from “getting a beat down.” PC Smith denied the allegation. Ms Galanos also suggested that the officers beat and tortured Rolle because “they did not feel like properly investigating the case and used extreme force to extract a confession from Rolle.”

PC Smith also denied that assertion. Ms Galanos asked PC Smith if he had made up the confession, the story about Rolle having AIDS, and the attempted escape to justify killing him

“No,” the officer replied.

She also asked if instead of taking Rolle to the police station, the officers, after beating him so badly that his intestines burst, put him back in his cell to die. PC Smith said: “He was not beaten badly, he never made any complaints and he did not seek medical attention and they could not force him to go to the hospital if he did not want to.”

The case is to continue at 9:30am when Wellington Olander is expected to question PC Smith who will return to the stand.

I've seen a few others comment...and I've seen my far share of misprints...whoever is proofing your articles and facts needs to spend some time with PC Smith in a holding cell. Is PC Smith...Carl Smith or Kyle Smith, as you have him by 2 names in this report.

Hey I new at this but I have something to say the commish talking shit he no about police brutality long time talking about his hands are clean no buddy his hands are dirty just like the other rest ok u no how much innocent men or guilty men go in front of court can't even walk sometime and tell the magistrate they were beaten by police for a confession where was tis so call commish, well he was right there and didn't do a fuck now people dying in there hands and now he wan talk about hands clean no he guilty just like the other rest of pigs in uniform and I know this because it happen to me before I used to work for a well known employer and they said I did something which I didn't and they decided to call the police so and I got arrested now these cops beat me to give my self up but I didn't do or know anything so after the beaten they still charge me with no type of evidence the employer have a video tape the say I doin the crime but Tats false so I went court win the case due to no evidence cause the employer witnesses all sayin basically I same thing but I don't mind cause the employer have the tape Tat show I innocent of wateva they are sayin but they bring it back to court cause I try to get my money from them and they brought it back to court I no I goin to win again once the magistrate go by the evidences and tere is none well Tats all I have to say if the tribune didn't get the story on this I would be happy to tell them the whole thing if they wanted me too tis incident happen in nov 2009 so the tribune if your insterested write me at boaderboyalex@hotmail.com Upvote0 Reply ↵editSuggest removal Edit