Parties Must Translate Their Words Into Action 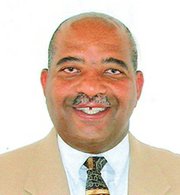 WELL, the general election of 2012 is finally behind us, and the Progressive Liberal Party (PLP) has won the mandate to govern for the next five years. The PLP has captured 29 seats, and the Free National Movement (FNM) nine seats. What is noteworthy this time around is that there has been full acceptance of the election results and no election court challenges are anticipated.

Rather than becoming blinded by the outcome of the election, we as a nation must celebrate the fact that we have a vibrant and functioning democracy where people can freely express their views, and we have peaceful and efficient transitions as evidenced by the elections of 1967, 1992, 2002, 2007 and now 2012. When one considers what the people of Tunisia, Egypt, Libya and Syria (ongoing) had to endure to force a process that will hopefully lead to general elections, we must be thankful and grateful to be citizens of this great little country.

After a series of scathing criticisms by Election Court judges and others in recent times, it seems as though the PRD did a very commendable job this time around.

I suspect this was a function of improved lead times and additional resources being made available. For the sake of balance, I wish to state my belief that in the past, employees of the PRD received unfair criticism when, in fact, they were not entirely at fault. But, being constructive, we must congratulate the PRD for what on the surface appears to have been the 'cleanest register' produced in recent times.

My congratulations go out to Perry G. Christie on his landslide victory. Mr Prime Minister, you now have a clear mandate to implement the policies and programmes promised for the betterment of the Bahamas and its people.

By the time you read this column, all Cabinet appointments will have been made, thus putting an end to the speculation as to who would be given what ministerial portfolio.

The new Cabinet is comprised of a mix of both seasoned and brand new political faces. There are 16 substantive ministers, five ministers of state and three parliamentary secretaries. It is interesting to note that the Ministry of Financial Services has been re-established. Prime Minister Christie, in commenting on his new Cabinet, stated: "Under ordinary circumstances I would have gone with a smaller Cabinet, but the extraordinary challenges facing the country today demanded that I assemble a Cabinet that would be able to simultaneously tackle these challenges on the broadest possible front. Accordingly, the Cabinet in its totality is approximately the same size as the Cabinet that was announced by the former Prime Minister following the 2007 general election."

While we do not question the right of a Prime Minister to appoint the team he needs to carry out his mandate, we are always sensitive to the amount of elected representatives who are given Cabinet and other full-time jobs. From this perspective, you have 21 ministers, three parliamentary secretaries and the Speaker of the House of Assembly for a total of 25, or 86 per cent, of the 29 elected members being given full-time jobs.

Under the last FNM administration, 20 of 23 elected MPs were appointed to full-time jobs using the same analysis, again 86 per cent. The 'gussie-mae' factor inherent in recent Cabinets will be a topic for a future column.

Notwithstanding the above, we congratulate all Ministers and Parliamentary Secretaries on their appointment, and wish each one great success in their endeavours. The challenges facing the country are great, and every Minister will be required to 'pull their own weight' and more.

The PLPs Charter for Governance details the new government's plans for its first 100 days and beyond. It is customary that a new administration is given this initial period (100 days) before evaluation begins. Thereafter, the honeymoon is over and voters will demand fulfillment of election promises.

The purpose of today's column is not to comment on appointments, but rather to attempt to share some of my observations.

The global recession has impacted every country around the world. A direct consequence of the global recession has been economic stagnation with significant job losses, a banking crisis, a precarious mortgage market and a sovereign debt crisis. This created a most difficult economic environment, and good fodder for opposition parties.

As a result, since 2008, in just about every democratic nation, the incumbent party has been voted out of office in general elections. The day before our elections, the governments of Greece and France fell. The global trend certainly favoured opposition parties. For the Bahamas, this provided a jump start for both the PLP and Democratic National Alliance (DNA).

Second, this election was more like a US presidential-style election than any other in our history. The role foreign political strategists played was more evident than ever before. The FNM pinned their hopes on the themes of leadership and accomplishments, while the PLP focused on crime, unemployment, the economy and inclusive leadership. The DNA weighed in with change and as it principal theme.

The themes offered to the Bahamian electorate were supported by millions of dollars in media spending - print, radio and television. These ads were slick, colourful and catchy, appealing to every demographic - black, white, old, young, urbane, grass-root, rich, poor, educated and less educated. What a shot-in-the-arm for the advertising and public relations sector. It is my hope that our local professionals participated in this windfall in some tangible way.

Everything depended on which arguments would resonate most with the Bahamian people. This was really 'big stakes' poker all the way, as parties were placing all bets on their chosen themes.

My third observation relates to the participation of a third party, the DNA. This was the first time a third party fielded a full slate of candidates. Not only did the DNA attract almost 12,880 votes, but when you combine that number with the 16,686 registered voters who did not vote and the 1,216 independent voters, can we conclude that there are 30,782 voters who do not have confidence in either the PLP or FNM? Incidentally, this represented almost 18 per cent of all registered voters. Food for thought, I say. It will also be interesting to see how this demographic grows over time.

Most FNMs are now claiming the DNA split the FNM vote, and had the DNA not been formed the FNM would have won. In a theoretical exercise, if you add the DNA vote to the FNM tallies, the FNM would have picked up an additional 14 seats based on the raw numbers...for a theoretical 23-15 margin for the FNM. I do not believe that all DNA voters were FNMs. While many would otherwise be FNM supporters, many were independent thinkers, PLPs and first-time voters as well.

However, the fact of the matter is that the DNA is formed, and even though it did not win any seats, nearly 13,000 votes is impressive. A base that no other third party, in the history of the Bahamas, has ever earned. While the business of building a third party is very hard work, and takes time and lots of financial resources, it can be done.

Now that the election is over, we have a country to build. The incoming government in its Charter for Governance listed:

as being among its top priorities during the next five years.

Whether you are PLP, FNM, DNA or whatever, we need to put the general election behind us and all do our part to continue building our country - forward, upward and onward together.

Finally, I wish to congratulate Hubert Minnis on his appointment as Leader of the Opposition. I was particularly encouraged by his remarks: "I pledge, on behalf of the Official Opposition, to hold the Government accountable in the conduct of the people's business.

"We will not oppose for the sake of opposing. We will, however, be vigilant in ensuring the protection of the rights of all in our land. And we will defend all and sundry against arbitrary governmental action. We seek to ensure accountability and transparency in the conduct of public business in the Bahamas."

If words from both sides translate into action, we should be in for a good start.

The views expressed are those of the author and do not necessarily represent those of Colonial Group International or any of its subsidiary and/or affiliated companies. Please direct any questions or comments to Larry.Gibson@atlantichouse.com.bs

Comrade Larry you make a worthwhile read. As a respected Chartered Financial Analyst you must know that Hubert's decision to hand over a check for $11 million of the natives National Insurance Bank account monies to make Beer was not such a good move, particularly when the private and industry financial markets said no to the public shares offering? Don’t you think it was because of the arrogance and dictatorial traits of Hubert, which gave birth to the DNA? I personally believe Hubert underestimated the political skills of his former, trusted law party, or did he know all along that if he could not plant the seeds to question the honesty of PM Christie he would go down to defeat? Let’s give the maximum credit to where it is chiefly due. PM Christie had but one 2012 General Elections operational goal in mind when the polls opened on the morning of May 7, that through the support of a majority of voting natives that he would defeat the made-up lies which would defy common sense and decency repeated many times over vicious campaign orchestrated by his former, once trusted law partner and friend. The rest is political history. By 10:00 pm Hubert himself had to admit that the natives wanted him no more. The devastating results of the of the May 7 General Elections even surprised the hell out of Ingraham who thought all he had to do to win was to plaster his face on campaign posters across our Bahamaland. Unfortunately for the FNM regime telephone and BEC poles and lampposts can't vote, although I’m sure they would have if Hubert could have found a way to make it happen. Watch the video of Hubert conceding defeat and you will sense the disappointment in his voice. Hubert brought this upon himself, not his former, trusted law partner or the collective votes of the DNA. What Hubert succeeded in doing that neither PM Christie or Bran could have accomplish was he brought out an outpouring of great disappointment of the Trust he had asked the natives back in 2007 to place in him. They had no sympathy by the time Decision 2012 Day arrived against delivering the final firing blow to a man that had lost his way with the natives. They had long before May 7 stopped believing much, if anything, he was saying. Hubert you made your biggest political blunder when you attack a dead man. Many think it played a major part in the ink used to stamp the native’s firing Seal on your Pink Slip, just like the Pink Slips you issued to so many hard working natives over your five years in power.

Listen TalRussell. Hubert Ingraham is no longer in power. If you really read this article its not about Ingraham but rather moving forward. Mr. Ingraham served this country well, but now its time for Mr. Christie to see if he can do the same. It's also seem as though every comment that you post is about Mr. Ingraham. You just need to move on.

small russell is true to form ,never waivers ,never falters ....russell ,russell russell ,ingraham is gone ,you and O Brown can share a moonlit dance now ,,,,,my God russel do you wander around your house in your slippers muttering Ingraham ,Ingraham ,Ingraham you remind me of the old Pink Panther movies ,how inspector Cluso drove his boss crazy ....move your drapes and peep out in your yard ,do you see Ingraham in the bushes talrussell